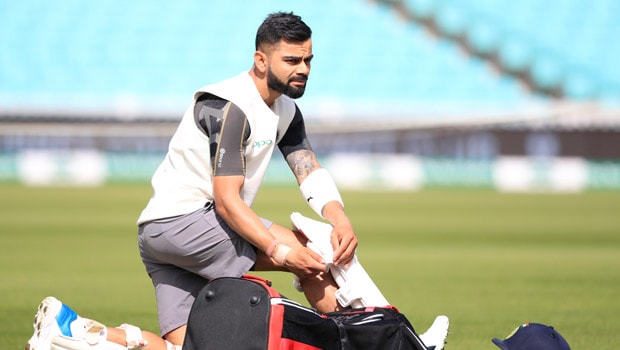 Former Kiwis coach Mike Hesson stated that Indian captain Virat Kohli wasn’t the only one who struggled in the difficult New Zealand conditions. Kohli could manage only 38 runs in the two-match Test series at an ordinary average of 9.37. In fact, the talisman could get past the 50-run mark on a solitary occasion on the whole tour of New Zealand.

Indian opener Mayank Agarwal was the top-scorer for the side in the Test series as he scored 102 runs, which pretty much sums up the team’s misery in the Test series. Almost every Indian batsman struggled to get going in the series and it was not only Kohli, who could leave a mark.

Meanwhile, Virat Kohli is the best Indian batsman and there were huge expectations from him. However, he was not able to get going on the whole tour.

Hesson, who will be coaching Royal Challengers Bangalore in the forthcoming season of the IPL, if it happens, believes it is not easy to play in the arduous New Zealand conditions. Moreover, the hosts’ fast bowlers stuck to their guns while bowling against Kohli.

New Zealand’s pace battery had a specific plan against the Indian captain and they were brilliant in their execution. They were patient in their approach and didn’t veer off the track.

“When the ball seams, there is very little time to adjust. You need time to adjust your technique. He (Kohli) certainly was not the only one (to have struggled). Also, New Zealand’s plans for Virat were exceptional. New Zealand have had the best of attacks for a long time and they challenged the Indians,” Hesson said while talking to Mumbai Mirror.

Virat Kohli is the best in the business and even he could not deliver the goods. Kohli went through the lean phase of form and it is something which has happened to the best players of the world. Kohli has great skills under his belt and there is no doubt that he will return back to form.

The talisman will lead Royal Challengers Bangalore in the upcoming edition of the Indian Premier League (if the tournament goes on) and Mike Hesson will be the coach of the side.

The IPL was slated to begin from March 29 but it was pushed to April 15 due to the outbreak of coronavirus.