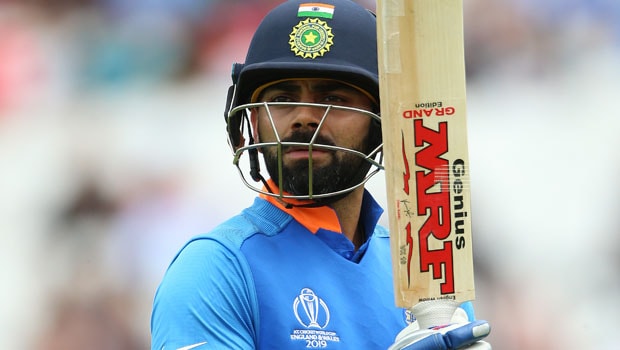 The former Australian fast bowler Brett Lee believes Indian captain Virat Kohli will go on to break Sachin Tendulkar’s record of 100 centuries in International cricket. Kohli is currently 31 years old and has seven to eight years of cricket left in him. The right-hander is the most consistent batsman in the world and the rate with which he is going, Lee believes he will easily leapfrog Sachin’s tally of centuries.

Kohli has already scored 70 centuries in International cricket and he is third on the list of most centuries behind Sachin Tendulkar and former Australian captain Ricky Ponting, who had scored 71 hundreds. Thus, Kohli is 30 centuries away from equaling the Master Blaster, who had scored 51 centuries in Test format whereas the remaining 49 came in 50-overs version.

On the other hand, Brett Lee believes three things – namely talent, mental strength and fitness are needed to go a long way and Kohli ticks all of them.

“One thing that I would like to eliminate is his talent as a batsman. He definitely got that, so we eliminate that. The second will be his fitness. Kohli has surely had that, because for me it’s all about fitness.

“Last would be the mental strength and the capacity to get through the hard games and being away from home,” Lee said while talking to Stars Sports Cricket Connected.

“I believe he has all these three components to go past Sachin, but again we are talking about Sachin and how somebody can go past God. So, we just have to wait and watch.”

Virat Kohli is the only batter to have an average of more than 50 in all the three forms of the game. Kohli averages 53.63 in the Test fold, 59.34 in ODI format and 50.8 in the T20I version. The talisman is making runs for fun and he has breathed down the neck of the world-class bowlers. Kohli has more than 21000 runs collectively in all the three formats of the game and his hunger for runs is just insatiable.

On the other hand, Kohli has done a great job while leading the team from the front. He has produced fine results for the team and he would look to continue in the similar fashion.