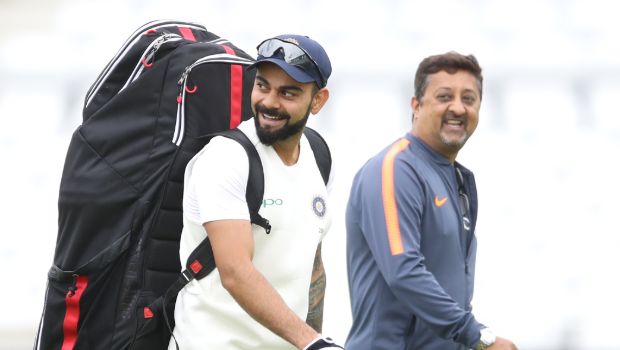 Kohli is yet to take India to a major trophy triumph and the Turbanator feels that the time is not far away when Kohli will have his hands over the coveted trophy.

India has been consistent in the big events but they haven’t been able to cross the last hurdle. The Indian team lost the 2017 Champions Trophy final against Pakistan and then they were knocked out of the 2019 World Cup in the semi-finals by New Zealand. India looked in fine form in both of these events but couldn’t go all the way.

Kohli will have the opportunity to take the team to glory as India will host the T20 World Cup in October-November next year. India has been a consistent team under the leadership of Virat Kohli but he hasn’t been able to take the team to a big win.

However, Harbhajan is optimistic that Kohli will turn the tables in the mega events as the Indian team is a potent unit. Harbhajan added that Kohli is already a very big player in the cricket world and he is not far away from winning his maiden major trophy.

“Any captain would like to have that achievement. Winning the T20 World Cup in 2021 would be brilliant. It will not make Virat Kohli very big, he’s already a very big player, but yes it will add on to his legacy of being a World Cup-winning captain. With the kind of team we have, I don’t think Virat Kohli will leave without any trophies. The time is very near where Virat will be lifting the World Cup, maybe the T20 one or the next one,” Harbhajan Singh told India Today’s show ‘Inspiration’.

Kohli is known to lead aggressively and he has done a fine job as a captain of the team. The talisman will be in action in the upcoming ODI series against Australia.