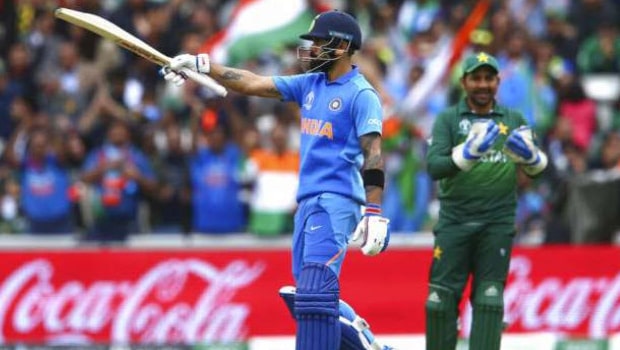 Former Indian opener Gautam Gambhir reckons Virat Kohli’s highest score of 183 against arch-rivals Pakistan is one of his greatest innings of his career. Kohli was at his best in the fifth match of the 2012 Asia Cup when Pakistan racked up 329 runs on the board, courtesy centuries from openers Mohammad Hafeez and Nasir Jamshed.

The Men in Blue were on the backfoot straight away as Gambhir was dismissed without troubling the scorers but then Kohli came up with a tour de force knock. The right-hander didn’t have a lot of experience at the International stage at that time but he announced himself in 2012.

Kohli had just scored a magnificent knock of 133 against Sri Lanka at Hobart to help India chase 331 runs inside 40 overs, before the Asia Cup. Thus, Kohli was high on confidence and added 133 runs with Sachin Tendulkar and then put on a mammoth alliance of 172 runs with Rohit Sharma.

Kohli scored 22 fours and a maximum in his brilliant knock to help the team chase down the target of 330 runs within 48 overs. The right-hander was able to hit the ground running and dominated Pakistan bowlers like Umar Gul, Saeed Ajmal and Shahid Afridi. Kohli took 148 balls to score 183 and it is one of his best knocks in the ODI format.

“Virat Kohli has played many unbelievable innings across the three formats, but this is one of his greatest innings from all points of view,” Gambhir said on Best of Asia Cup watch along on Star Sports.

“First of all, we were chasing 330, then India was 0/1, and then scoring 183 out of the 330 runs, that too against Pakistan, and that time, he was not that experienced too. According to me, I think probably this is one of Virat Kohli’s greatest innings, honestly,” Gautam Gambhir further added.

Virat Kohli has come a long way since then and he is currently the number one batsman in the ODI format. Kohli’s record is unbelievable especially when the team is chasing as he has an average of 96.21 in India’s successful chases. The talisman has an average of 59.63 in the 50-overs format, which goes to show his consistency.

The Indian captain will be action when he will lead RCB in the forthcoming IPL, set to be played in the UAE from September 19.