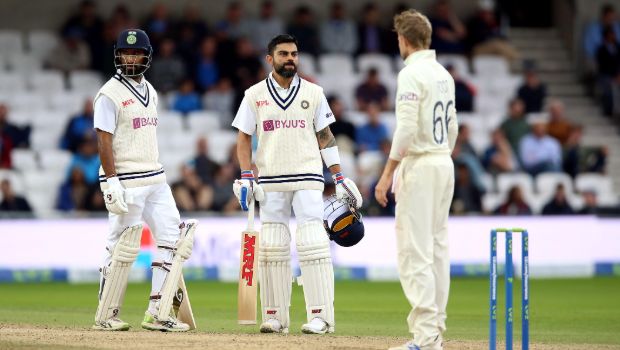 Laxman said that Kohli’s initial trigger movement had helped him savor success on the 2018 tour of England. Kohli had scored 593 runs in five Test matches at an average of 59.3 in 2018 and had batted at the top of his game.

However, Kohli has struggled to get going in the ongoing series against England as he has scored only 124 runs in three Test matches at an average of 24.80. Kohli has been troubled with the outside off-stump line and he hasn’t been able to get going against the England pacers. It has been noticed that Kohli hasn’t shown enough patience at the crease and he has been trying too hard to hit the ground running.

In fact, all of Kohli’s dismissals have come when he has been found meddling with the fifth-sixth stump line. James Anderson has dismissed Kohli on two occasions whereas Ollie Robinson has also got rid of the Indian captain two times.

Laxman added that the discipline we expect from Virat Kohli has been missing in the ongoing series. Kohli has been a bit impatient in his approach and it has led to his downfall.

“I think once he shuffles then his right leg will be on the middle stump and he will know where his off stump is and he is much more careful about balls on and around the off-stump. Once he gets his eye in, we know Virat Kohli is someone who capitalizes on the loose deliveries.”

“But the kind of discipline we expect from Virat Kohli is missing and that’s because of his initial trigger movement.”

Kohli will aim to get back into form and he would look to deliver the goods in the fourth Test match.