Home » Cricket » Virat was and will always be the captain of the Test team, I am his deputy – Ajinkya Rahane 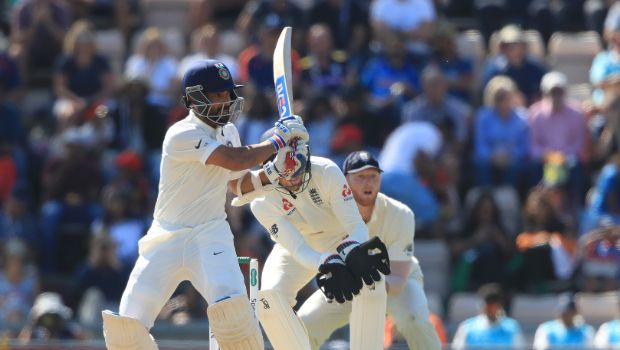 Ajinkya Rahane led India to one of the historic Test series triumphs as his team recently defeated Australia by 2-1 to retain the Border-Gavaskar trophy.

Rahane led from the front and deserves a lot of credit for getting the best out of his team despite a spate of injuries, which hampered the team.

However, come 5th February, the first Test match against England, Rahane knows his role is to be the deputy of full-time skipper Virat Kohli. Rahane stated that Virat was and will always be the captain of the Test team and he was happy to just fill his shoes in the last three Test matches against Australia.

Rahane impressed with his calm approach and also delivered the goods with the bat as his MCG hundred was the turning point of the series. The stand-in skipper led with aplomb and he was able to get the best out of the young players.

However, Rahane stated that ‘Nothing changes’ and he will be happy to go back to his previous role of being the vice-captain of the Test team.

“Nothing changes. Virat was and will always be the captain of the Test team and I am his deputy. When he was absent, it was my duty to lead the side and my responsibility to give my best for Team India’s success,” Rahane told PTI, while on his way to Chennai for the England series.

Rahane added that he shares a great bonhomie with Virat Kohli and it has helped them both in leading the team to new heights. In fact, Kohli had stated before the Test series against Australia that it would be a perfect opportunity for Rahane to deliver as a stand-in captain.

“Me and Virat have always shared a good bonding with each other. He has, time and again, praised my batting. Both of us played memorable knocks for our team in India and overseas conditions. It only helped that Virat comes at No. 4 and I at No. 5 – we have had a lot of partnerships.

On the other hand, Rahane added that they were able to savor success due to the collective team effort of the team. The young players were able to stand tall to the challenges and did a fine job for the team.

“When you win a match or a series, it’s always a collective effort and not because of a singular man’s contribution. It’s your team-mates who make you a good leader.”

India will now face England in a four-match Test series.