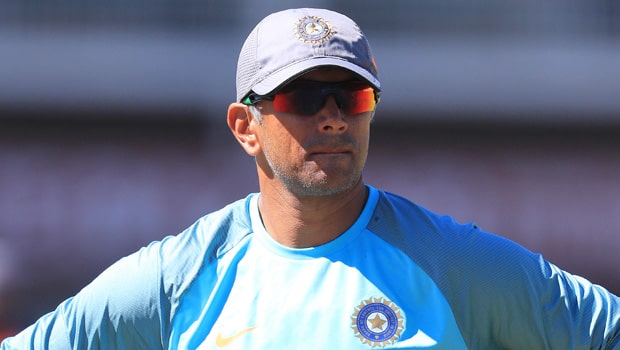 On November 3 the Board of Control for Cricket in India (BCCI) officially announced Rahul Dravid as the new head coach of the Indian side. Dravid’s first assignment in charge of the men’s national team will be the home series against New Zealand.

Former Indian opener Virender Sehwag has expressed his pleasure at the appointment of his former teammate as the head coach of the Indian side. Sehwag believes that he has the potential to change Indian cricket and take it to even bigger heights.

One of those tests will be conquering more ICC trophies where the Men in Blue have fared without success since 2013. Despite coming close on a number of occasions, the team has folded in the most dramatic fashion at the important stages of the tournament.

“I can say one thing for sure, I’m very happy with this development in Indian cricket. I think there will be more stability after Rahul Dravid’s appointment as the head coach. He will focus on process and also on how the chances of India winning ICC trophies go up. He will prepare the team well. Rahul will give confidence and stability to players. So, I think Rahul Dravid will bring in all these traits,” said Virender Sehwag while replying to a fan query on his Facebook Watch show called Virugiri Dot Com.

Meanwhile, former cricketer turned commentator Aakash Chopra has also extensively talked about this issue. Despite being a gigantic cricket powerhouse with bags of talent and resources, India’s drought in ICC tournaments has been a worrying sign. After so many years of failures with such a strong team, ‘coming second is no longer an option.’ Chopra expects Rahul Dravid to create a culture in the Indian dressing room where players will have the freedom to express themselves more openly in the crucial knockout matches.

“Let’s try and address the elephant in the room… which is that we don’t win ICC knockout matches. Since the 2013 Champions Trophy, we have always lost in knockout matches. So. there’s something that needs to be changed, right? Our main players don’t perform in these games so is there something lacking? That’s something he will have to address because coming second is no longer an option.