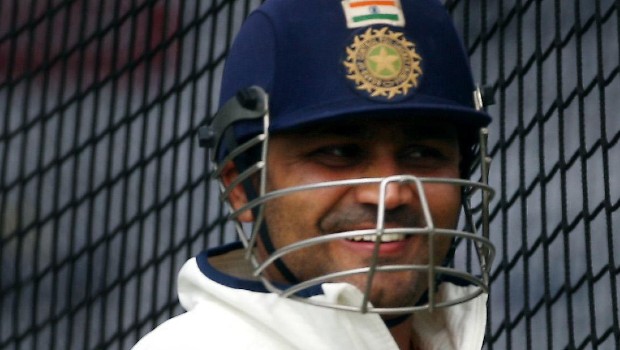 Virender Sehwag made his International Test debut against South Africa and scored a century. As time passed on, many cricket pundits questioned his batting technique as he hardly moved his feet. The people thought that Sehwag won’t ever savour success at the Test level as his technique was not up to the mark. However, Sehwag had the gift of perfect hand-eye coordination and he loved taking the attack on the opposition.

Sehwag finished his Test career with 8586 runs from 104 matches at an impressive average of 49.34 and strike rate of 82.23. The stylish right-hander from Delhi, scored 23 Test centuries out which six were double centuries. In fact, Nawab of Nazafgarh, as he is famously known, scored two triple centuries and he is the solitary Indian batsman to do so.

Consequently, the people who had doubts over Sehwag’s greatness as a Test batsman were proven wrong. VVS Laxman who shared a great camaraderie with Sehwag stated that the combative batsman established himself as one of the most destructive Test openers.

Sehwag was known to hit the ground running and it didn’t matter to him whether he was facing the first ball of the Test match or the last ball before the session as he would go for it if the ball was in the arc.

In fact, Sehwag had got to his 300 against Pakistan at Multan with a six against Saqlain Mushtaq. Sehwag always had the confidence in his abilities and reaped fruits for the same.

Laxman added that Sehwag’s immense self-belief in his skills was both mind-boggling and infectious. VVS said Sehwag let his bat do all the talking to the people who questioned his pedigree.

“Cocking a snook at those who questioned his pedigree against high-quality fast bowling, Virender Sehwag went on to establish himself as one of the most destructive openers in Test history. Viru’s immense self-belief and positivity was as mind-boggling as it was infectious,” Laxman wrote in a tweet.

A tearaway fast bowler from a relative cricketing outpost of Mysore,he triggered a revolution in Indian pace bowling. Even in most unhelpful conditions,he always responded to the team’s needs with unflinching zeal. Sri’s strength was his hunger to perform under adverse conditions pic.twitter.com/zEwy36lrDT

Are you a big cricket fan? Find out how aggressive you are as a cricket player and more in our cricket trivia tests!