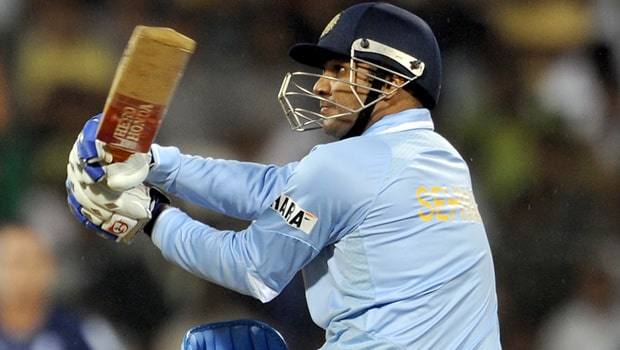 Former Indian opener Virender Sehwag has lashed out at the BCCI for mismanagement on Rohit Sharma’s injury. Rohit is not named in any of the squads for the upcoming tour of Australia and in his place, KL Rahul is selected as the vice-captain for the limited-overs side.

However, eyebrows were raised when Rohit was seen in the practice sessions of Mumbai Indians. The MI skipper had suffered a hamstring injury, which ruled him out of four matches in the IPL. Moreover, Rohit returned back to action in the last league stage match against Sunrisers Hyderabad.

On the other hand, Indian team head coach Ravi Shastri recently stated that he doesn’t have a say in the selection. But Sehwag begs to differ as he revealed that the selectors always have a chat with the coach and the captain before selecting the team.

Shastri had revealed that the selectors feel Rohit is prone to injury after looking at his medical reports and thus they didn’t select him for the Australian tour.

“I don’t think that it is possible that Ravi Shastri did not know about Rohit Sharma’s situation,” Sehwag said on Cricbuzz. “Even if he is not a part of the selection committee, the selectors must have spoken to him a day or two days ago regarding what he was thinking, and taken his feedback and inputs.”

“I do not agree with this statement of Ravi Shastri that he is not a part of the selection committee. Even if it is not official, the coach and captain must have spoken unofficially to the selectors regarding who should be in the team for the Australia tour,” he added.

Rohit’s omission has created a lot of ambiguity and former legendary players like Dilip Vengsarkar and Sunil Gavaskar have asked the Indian board to provide clarity on the matter.

It is surprising to note that Rohit Sharma is playing for the franchise in the IPL but he hasn’t been selected for the all-important Australian tour. Furthermore, Rohit is one of India’s best batsmen and he will definitely add value to the squad in both red as well as white ball formats.

The right-hander is expected to be soon named in the all of the squads for the tour of Australia as he has proved his fitness. Rohit has scored 264 runs in 10 matches of the ongoing season at an average of 26.40 and strike rate of 126.92.

Rohit will be seen leading MI against DC in the first qualifier at the Dubai International Cricket Stadium on 5th November.