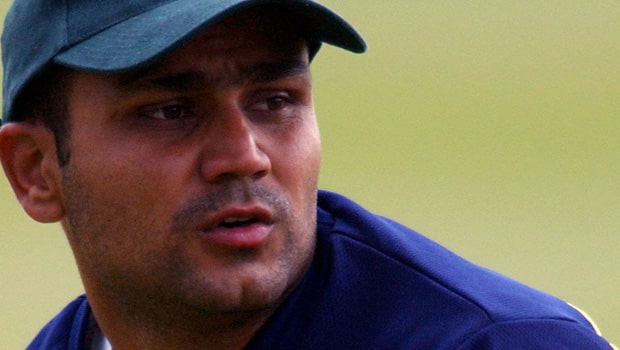 Team India endured a horrific campaign in the T20 World Cup. Losing both the crucial games against Pakistan and New Zealand, India were virtually knocked out of the Super 12 stage after the first two matches. This meant that their last three victories against Afghanistan, Scotland, and Namibia were nothing more than mere consolation.

As a result, the Men in Blue have drawn intense criticism from all corners because of their underwhelming performances. Team India hasn’t won an ICC trophy since 2013 and have little to show in terms of ICC trophies for all of their resources and access to a rich talent pool.

On his Facebook Watch Show Virugiri Dot Com, former Indian cricketer Virender Sehwag was asked by a fan on what the Men in Blue can learn from teams like England and New Zealand. England had qualified for the T20 World Cup final in 2016 and lifted the World Cup Trophy in 2019. Meanwhile, New Zealand finished runners-up in the 2019 World Cup, lifted the ICC World Test Championship Trophy by defeating India earlier this year, and have now qualified for the final of the ongoing T20 World Cup.

While Sehwag maintained that on their day, India are more than capable of beating both the teams, they need to adopt a more fearless brand of cricket and express themselves more in tight situations. “India doesn’t need to learn anything from them. India are a good team and can beat both England and New Zealand on any day, but one thing they can definitely learn is to be positive and play positively because T20 format or white-ball cricket, it’s the format of brave players and you have to take risks, you need to express yourself,” Sehwag said on his Facebook Watch show Virugiri Dot Com.

Sehwag also urged the team to implement the new philosophy of playing an attacking brand of cricket in the upcoming series against New Zealand. The Men in Blue will begin their era under newly appointed head coach Rahul Dravid. Rohit Sharma has also been appointed as the new T20I captain following Virat Kohli’s announcement to leave that position a couple of months ago.

“India have managed to do that well in the past.

“Now again the time has come to repeat it. I would like to say that when New Zealand comes to India, play a brave and expressive brand of cricket and don’t worry about the result because if you play bravely then the result will be in your favor,” asserted Sehwag.