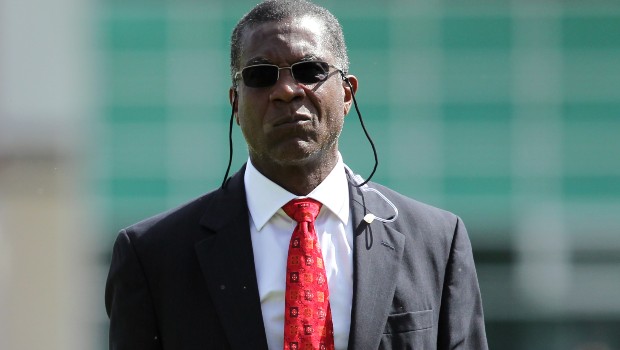 Former West Indies legendary fast bowler Michale Holding has rated his ex-teammate Sir Vivian Richards as the best batsman he has ever seen against anything and everything. Richards had a different aura when he used to walk out to bat and no one came close to him. The right-hander, who was instrumental in revolutionising the batting, was loaded with confidence.

That confidence which Richards had in his skills helped him in taking his game to new heights. He will take on the deadliest bowlers head on and would look them in the eye to say, ‘I am here for the battle’.

Richards had a ‘never throw in the towel’ kind of attitude which separated him from the rest. The Antigua born was known to take the bull by its horns. Richards also hated wearing helmets even though he had to face some deadly bowlers like Jeff Thompson, Dennis Lillee in his career.

It was not like Richards was hardly hit on the body, he was many times. But he will never bat an eyelid. He was a competitor, a fighter, who will do anything to take his team over the line.

“Viv is the best batsman I have seen against anything and everything,” said Holding in a podcast discussion with Stuart Broad and Shaun Pollock for Sky Sports.

Holding added that Richards was never intimidated by anyone when he was playing against the opposition’s best and that too in alienate conditions.

“He never looked intimidated. Richard Hadlee in New Zealand, Dennis Lillee in Australia, Abdul Qadir in Pakistan, Bishan Bedi in India. Ian Botham in England. He got runs against anybody and everybody,” holding said.

Richards had great confidence in his abilities and had a special talent under his belt. He was always ready for a battle and gave sleepless nights to the world-class batsmen during his heydays.