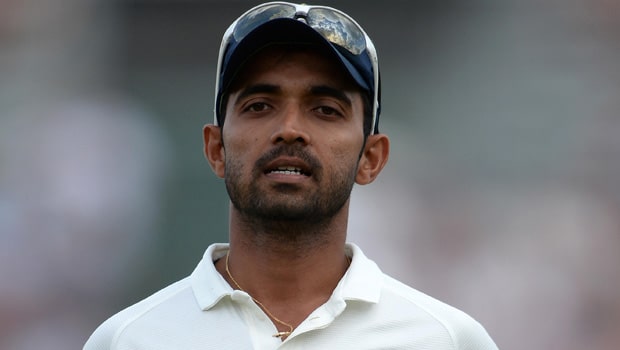 Although the reason for Ajinkya Rahane’s absence in the second Test against New Zealand was officially given as a ‘niggle’, many fans and experts feel that he had been dropped from the team because of his poor scoring streak. Rahane hasn’t done enough to merit a regular place in the starting XI and with players like Shubman Gill, Mayank Agarwal and Shreyas Iyer making a case for themselves, his time seems to have run out in the Indian Test side.

Shreyas Iyer became the latest batter to prove his merit in the purest format of the sport for Team India. He became the first Indian male cricketer to score a century and a half-century across both innings on his debut in the first Test in Kanpur.

Former Indian batting great VVS Laxman prefers having Iyer in the team over Ajinkya Rahane as well. During a discussion on Star Sports, Laxman was asked whether Rahane should start the first Test against South Africa. “According to me, Ajinkya Rahane cannot play in the first match. Continuity is very important, so I will play Shreyas Iyer because if you give someone two Test matches and the way he batted on debut under pressure,” he responded.

The current head of NCA also added that Shreyas Iyer has grabbed his opportunity in international red-ball cricket with both hands and Team India should definitely give him more chances. “He scored a century and a half-century, so I will give that continuity, the confidence that you want to give to a young batsman, I will definitely give that.”

Several reports also suggest that newly appointed T20I skipper Rohit Sharma is likely to be named as Virat Kohli’s deputy in Test cricket too considering Rahane’s lean patch with the bat. It will be interesting to see whether Rahane is included in the Indian Test squad for the tour of South Africa.

Meanwhile, VVS Laxman batted for Hanuma Vihari’s inclusion in the Test squad. Vihari was snubbed from the squad to face New Zealand at home and despite his heroics in away Tests, he has famously never played a Test match on home soil. Vihari was recently included in the India A squad on the tour of South Africa.

“I will definitely include Hanuma Vihari in the squad because with what combination does Virat Kohli play. We have seen that top five will be batters, Rishabh Pant at No.6 as a wicketkeeper-batsman.

“Jadeja can play as an all-rounder because he performs with the bat as well and you can’t take Jadeja lightly as a batsman anymore, even in overseas conditions. So Jadeja will be at No.7 and after that, four bowlers – three fast bowlers and Ravichandran Ashwin. So this will be the combination,” said Laxman.