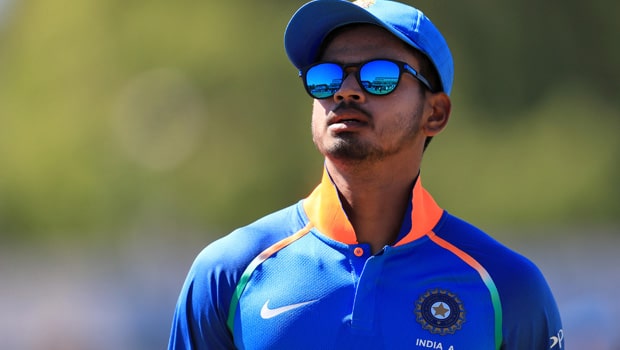 Suryakumar Yadav made a telling impact on the fortunes of the Indian Team with his batting in the T20I series against England. In the final two matches of the series, the 30-year-old notched up scores of 57 and 32, at an overall strike-rate of 185.41 to help India to back to back victories, and also a series win eventually.

Such was the impact of his batting that India pushed Shreyas Iyer down to No.6 and Virat Kohli moved up to open the innings in order to accommodate Suryakumar at No.3.

However, former India batsman VVS Laxman believes that Suryakumar may not find a place in the ODI XI against England, despite doing so well during the T20I leg.

“I actually don’t know whether he will get to play in the playing XI and that’s the depth in this Indian team,” Laxman said on Star Sports show Cricket Connected.

“Whether you take Test, one-day or T20I cricket, Suryakumar Yadav doesn’t get into the playing XI just because there are others who have performed exceedingly well in international cricket. Yes, he’s in form, but I would definitely go with players, who have shown that consistency in international cricket. So, for me, he won’t get into the playing XI in the first ODI,” he added.

Laxman still prefers Iyer to start ahead of Suryakumar in ODIs as he is the more experienced of the two and Laxman was very impressed by the way Iyer adapted to the role of a No.6 batsman during the T20I series.

“I think it is very difficult to just choose one among both, Suryakumar Yadav and Shreyas Iyer, because what really interests me was the way Shreyas Iyer batted at No. 6,” said Laxman.

“He batted with authority, conviction and just understood the situation and played his shots right from the word go. Because we know that he is ideally suited for No. 4. He has done so well in both, one-dayers and T20Is in that position, but for the first time I have seen him bat at No. 6, and he didn’t disappoint anyone.”

“Suryakumar Yadav is also someone who has got the talent, but with experience, I feel Shreyas Iyer will be my pick ahead of Suryakumar Yadav. Because we just can’t rely on one or two innings and we cannot really discount Shreyas Iyer’s performances in international cricket,” Laxman added.