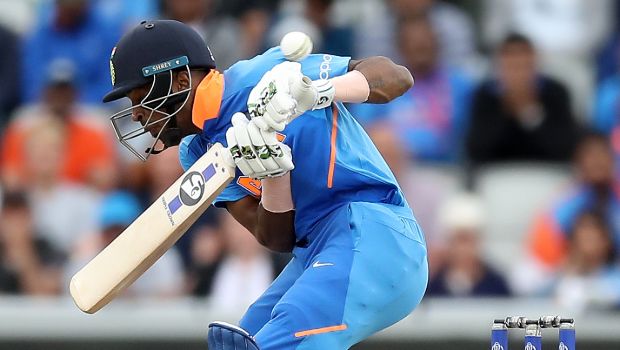 Former Indian batsman VVS Laxman has revealed two areas that the Indian team must address before the T20 World Cup.

Team India hasn’t won a major trophy since the Champions Trophy 2013 and they haven’t been able to cross the last hurdles in the last few big tournaments of the ICC.

Laxman feels India must look to find another finisher along with Hardik Pandya, who has great skills. As MS Dhoni has now retired from all the forms of the game, it is imperative for the team to support Pandya at the fag end of the innings.

In fact, we have seen that a T20 match can turn on its head in a matter of deliveries and that’s where the finisher role is essential. Pandya has the skills to hit the ground running but apart from him, no batsman (in the finishing role) has grabbed his opportunity.

KL Rahul has also done well in the shortest format of the game but the flamboyant batsman is expected to bat in the top-order.

“As far as T20 World Cup is concerned, the balance of the squad is very very important. There are two areas where India really require firepower. Number one is the finisher. We depend overly on Hardik Pandya. Apart from Hardik Pandya, I don’t see anyone else who can play that finisher’s role,” said VVS Laxman while talking to Star Sports Cricket Connected.

On the other hand, Laxman believes one more missing piece in India’s T20 World Cup jigsaw is the death bowler alongside Jasprit Bumrah. T Natarajan has shown the skills to be that bowler but he has played only three T20Is thus far. Natarajan had finished with six wickets in the T20I series against Australia and he will look to keep up the good show.

Furthermore, Bhuvneshwar Kumar has been troubled with injuries in the recent past and his participation will depend on his fitness.

The Virat Kohli-led team will look to be fully prepared for the T20 World Cup, which will take place in October-November in India. Thus, the hosts will look to make the most of their own conditions and deliver the goods.

The Indian team will begin their T20 World Cup preparations against a potent England team as they will take on each other in a five-match T20I series. All the five T20Is will be played at the Sardar Patel Stadium, Ahmedabad.