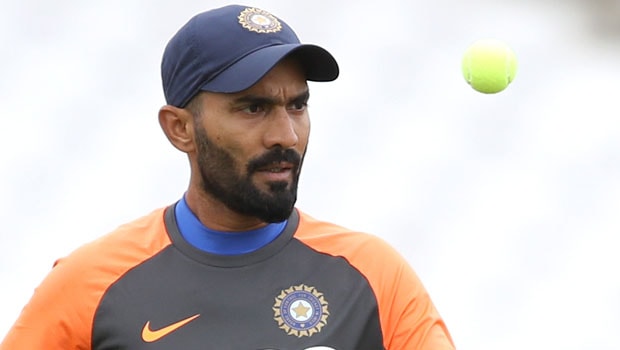 Karthik is excited to pick up the brains of two white ball captains and it is going to be a great learning experience for the Tamil Nadu player. In fact, Karthik had played with Brendon McCullum when both of them played together for Gujarat Lions.

Meanwhile, Karthik believes Brendon McCullum has been instrumental in changing the way the game has been played in the recent past. McCullum was able to lead New Zealand to the World Cup final in 2015 and led the team from the front.

On the other hand, it is also well known that Eoin Morgan took a leaf from McCullum’s book and turned the tide for England after the 2015 World Cup. In fact, Morgan had also recently said that he is looking forward to learning from Dinesh Karthik as he has the experience of leading in the Indian conditions, which is challenging.

Karthik said while talking to ESPNCricinfo, “In every generation there is a cricketer who changes the face of cricket. I think Brendon McCullum did that in the last WC. He showed the world how to play the game really fair, really hard in a watchable and enjoyable manner. He is extremely inspiring. One of the reasons why I want this IPL to happen is to be able to work with Brendon and Eoin Morgan. These are the two people I genuinely want to rub shoulders with. I can learn so much from these two people.”

Dinesh Karthik has shown great leadership skills while captaining Kolkata Knight Riders and there is no doubt the addition of Brendon McCullum (as coach) and Eoin Morgan will strengthen the franchise.

Karthik had led the team to playoff stages in IPL 2018 when he was leading for the first time but the team could not go all of the way. However, KKR was heavily dependent on the shoulders of Andre Russell in IPL 2019 and they could not qualify for the last four of the tournament.

Karthik has played 182 IPL matches in which he has scored 3654 runs at an average of 27.07 and strike rate of 129.08. The wicket-keeper batsman has got the experience under his armour and he would aim to get the best out of his players in the upcoming season, if it is held.