Home » Cricket » Want to create my own identity: Venkatesh Iyer

Want to create my own identity: Venkatesh Iyer 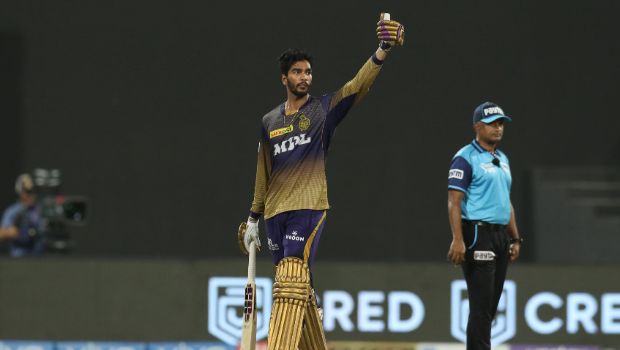 India’s new rising star Venkatesh Iyer has stated that he wants to create his own identity and doesn’t want to be compared with players of the previous era.

Iyer has shown the potential to end India’s seam bowling all-rounder hunt. The southpaw impressed while playing in his maiden season of IPL 2021 for Kolkata Knight Riders.

The opening southpaw batter scored 370 runs in 10 matches at an impressive average of 41.11 and a strike rate of 128.47 and thus played an instrumental role in taking KKR to the final of the tournament. Furthermore, Iyer can also contribute with the ball and he scalped three wickets in four innings he bowled. The right-arm medium pacer conceded his runs at an economy rate of 8.11.

“Pleased to have been selected to play for the country. I am really very happy and just want to go out and enjoy my outing. I am mentally prepared for the job and want to give my best shot if I get an opportunity to play,” said Venkatesh as quoted by New Indian Express.

Iyer, who received his maiden call-up for the T20I squad for the series against New Zealand, admitted that his job as an all-rounder will be to play according to the team’s demands.

“I am pretty well aware that my job is that of an all-rounder. It is not for me to decide where I am comfortable to bat or bowl. It is up to the team management to decide where I should bat and bowl. As I said earlier if given an opportunity I’m game to play any role,” said Venkatesh.

Iyer hogged the limelight in IPL 2021 when he delivered while playing for KKR. The youngster added that playing for Kolkata was a great learning experience for him.

“It was a beautiful journey with Kolkata. I enjoyed and learned a lot about how to pace my innings and adapt to the situation. I also bowled reasonably well whenever I got an opportunity. I hope all this comes in handy when I get an opportunity to play for the country,” he said.

“I have not modeled my game based on anyone. I wish to create an identity and I am keen on working towards it,” he said.

India will play the first T20I against New Zealand at Jaipur on November 17.