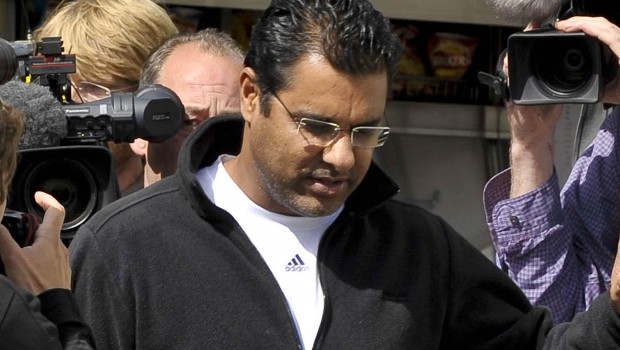 Pakistan’s bowling coach Waqar Younis has put his weight behind skipper Azhar Ali to deliver the goods against England. Ali has been under the scanner as he is not in the best of forms with the bat. Furthermore, the Pakistan skipper could not lead with aplomb in the second innings when Pakistan were defending 277 runs in the second innings.

Azhar Ali has thus far played 79 Test matches but lacks in the experience of leadership as he has led in only seven matches. His inexperience as a captain was palpable in the first Test match as he could not take the right calls in England’s second innings.

Former Pakistan captain Wasim Akram had also criticized Azhar Ali’s captaincy and had stated that the captain failed to take the right decisions.

Azhar Ali has led in seven Test matches in which the team has won only two matches and lost four matches whereas one match has been drawn. Before the first Test match, all the matches in which Ali had led Pakistan, the team had either won or lost by a huge margin. Thus, he didn’t have any experience of leading the team in a tight match.

Waqar Younis said, “When you’re in bad form, or have had a bad game, everything gets scrutinised.

“I’ve been captain myself so I know what he’s going through. But he’s a seasoned player. He knows how to come out of these situations and I expect him to deliver in the upcoming two Test matches.”

Azhar Ali would like to prove his mettle as a captain and would aim to lead from the front. The right-hander is also not in the best of forms with the bat and it has reflected in his leadership. Thus, Ali would aim to deliver the goods both as a batsman as well as a captain.

Pakistan would aim to win the crucial stages of the second Test match, which they failed to do in Old Trafford, Manchester. The visitors had the match in their grip but they gave away the advantage on the penultimate day.

The second Test match will take place at Ageas Bowl, Southampton, from today.