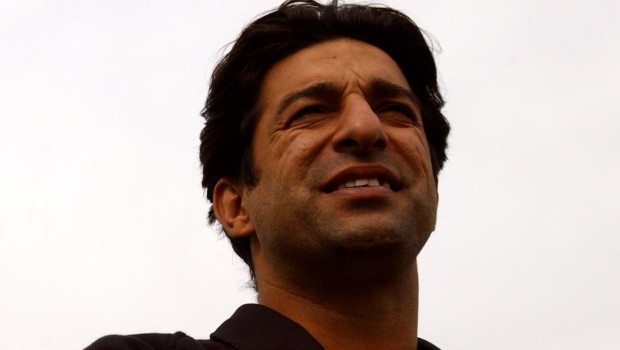 Former Pakistan skipper Wasim Akram has suggested that an extra batsman should be included in the visitors’ final XI when they will lock horns with England at the Ageas Bowl, Southampton in the second Test match. Akram has called for the inclusion for left-hander Fawad Alam in the tourists’ team.

The former legendary fast bowler reckons that Fawad Alam will help the team in maintaining the right and left-hand combination at the crease. Apart from Pakistan opener Shan Masood, all the main batsmen of the team are right-handers.

Akram also feels that the track at Ageas Bowl, Southampton will not provide assistance to the spinners and it would make sense to play with a solitary spinner. In the first Test match, Shahdab Khan had bowled only 11.3 overs in the whole match and the visitors will need to once again contemplate their ploy of playing two spinners in the side.

Furthermore, Fawad Alam has impressed with his batting skills. The southpaw has an impressive average of 56.78 in first-class cricket and deserves his chance in the team.

The 34-year old experienced batsman has amassed 12265 runs in 166 first-class matches and has ticked the right boxes. The left-hander has thus far only played three Test matches in which he has 250 runs at an average of 41.66.

“In the next match, you won’t find a turning wicket,” Akram told Samaa TV. “You will play with one spinner and you will have to play with an extra batsman.

“You need a middle-order batsman and Fawad Alam is the one. He is also a left-hander, so the team can have a left-right combination. He has an average of 56 in first-class cricket, has a hundred on Test debut, so you will have to give him a chance. So if I was the captain, I would include him in the middle order.”

Pakistan will need to come up with better plans to topple England. The visitors had dominated the first Test match but they could not grab their opportunities at the right time. England had won the thrilling match by three wickets and Pakistan will need to turn the tables.

Pakistan’s batting has been their Achilles Heel and they could only muster 169 runs in the second essay after having a lead of 107 runs. Apart from Shan Masood and Babar Azam, no batsman was able to show the resistance.

Akram had earlier criticized the captaincy of Azhar Ali for England’s second innings. The second Test match will kickstart from 13th August.