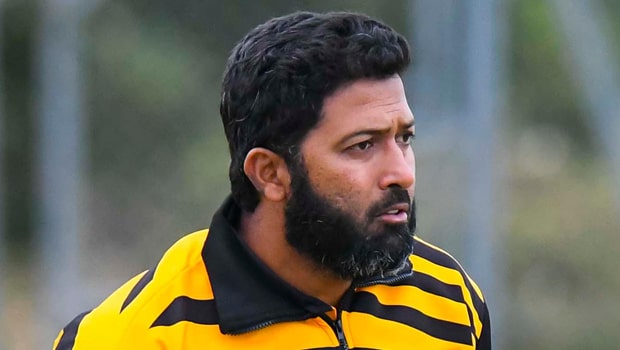 Going into the Boxing Day Test between India and South Africa, there was plenty of speculation surrounding the makeup of the batting unit. Ajinkya Rahane, the regular-holder of the number 5 position has been going through a poor patch of form and his sacking as vice-captain meant that the Indian team was considering him as dispensable going forward.

On the other hand, Shreyas Iyer proved his worth by becoming the first Indian male cricketer to score a century and a fifty on his Test debut while Hanuma Vihari has always been a solid option on foreign tours.

However, to the surprise of many, Rahane got the nod ahead of Iyer and Vihari in the starting XI for the Boxing Day encounter that kicks off the three-match Test series against South Africa. Although the decision was met with polarizing reaction on social media, former Indian cricketer Wasim Jaffer has backed the decision taken by Rahul Dravid and the team’s management. He considers it to be a ‘positive move’ which highlights the team’s winning mentality.

“They made the right choice of picking Ajinkya Rahane and that’s right decision for me. Yes it was harsh on Shreyas Iyer but I think he can wait. It’s a right combination and it shows that they got a positive mindset going into the first Match. They got a winning mentality,” he told ESPN Cricinfo.

Jaffer, who is coincidentally, the first Indian opener to score a century in South Africa also highlighted that it is important to trust experienced campaigners in Cheteshwar Pujara and Ajinkya Rahane.

“You can take call on Pujara and Rahane after this series. Yes Suryakumar Yadav, Shreyas Iyer, Hanuma Vihari and all are waiting and can do the job. But the guys who have experience, you need to trust them. If anything goes wrong in this series, then you can take the serious call,” Jaffer added.

While announcing the lineup after toss, skipper Virat Kohli called Shardul Thakur an ‘all-rounder.’ Wasim Jaffer also highlighted this little incident and remarked that being labelled as an all-rounder would make Shardul happy as he has been working on his batting for a long time now.

“Shardul Thakur gives that space to the seamers and can definitely bat as well. He would definitely love the tag of being called ‘an all-rounder’. He batted well in Australia and in England as well. This XI look good,” he concluded.