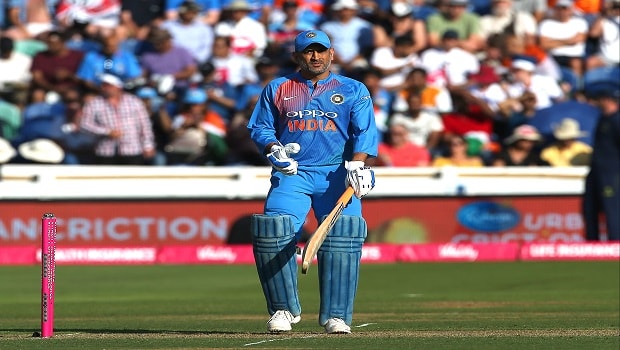 Former Indian domestic giant Wasim Jaffer has selected his all-time ODI XI in which he picked MS Dhoni as the captain.

Sachin Tendulkar and Rohit Sharma are Jaffer’s openers. Tendulkar is the highest run-getter in the ODI format as he has scored 18426 runs in 463 matches whereas Rohit Sharma has thus far scored 9115 runs in 224 matches.

Former West Indies legendary batsman Sir Vivian Richards is Jaffer’s number three batsman. Richards amassed 6721 runs in 187 matches for the Windies. Indian captain Virat Kohli bats at number four for Jaffer as the talisman is one of the most consistent batsmen in the modern game.

Kohli has accumulated 11867 runs in the 248 matches at an impressive average of 59.34. South Africa’s former talisman batsman AB de Villiers also makes the cut into Jaffer’s team. The right-hander scored 9577 runs in his ODI career at an average of 53.5 in 228 matches.

England’s linchpin Ben Stokes is the solitary all-rounder in Wasim Jaffer’s side. Stokes has scored 2682 runs in 95 ODI matches whereas he has scalped 70 wickets. MS Dhoni, the captain of the side, bats at number seven for Jaffer. Dhoni also keeps the wicket and has accumulated 10773 runs in the 350 matches he has played.

Wasim Akram, Joel Garner and Glenn McGrath constitute the pace battery of the side. Akram snared 502 wickets in the 356 matches at an impressive average of 23.53. Garner picked up 146 wickets in 98 matches for the West Indies. Australia’s Glenn McGrath took 381 wickets in the 250 matches he played.

On the other hand, Wasim Jaffer is not clear between Shane Warne and Saqlain Mushtaq. Warne claimed 293 wickets in 194 ODI matches whereas Saqlain took 288 wickets in 169 matches. Former Australian captain Ricky Ponting who scored 13704 runs in 375 matches is the 12th man in the side.