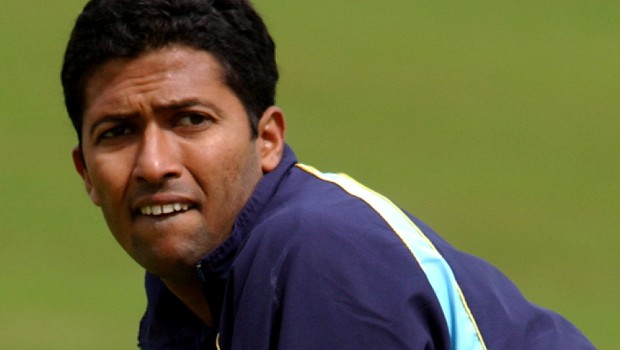 India’s former domestic giant Wasim Jaffer has suggested that two new balls can be used in Test cricket in order to maintain the balance between bat and ball. ICC Cricket Committee recently banned the use of saliva though they have given a green chit to the use of sweat during the Covid-19 era.

Jaffer feels the use of two new balls will help the bowlers in troubling the batsmen. In fact, two new balls are used in ODI format and thus the reverse swing factor has been taken away in the 50-overs version.

On the other hand, a new ball is available after 80 overs in Test cricket for every team. Two new balls will make it easier for the bowlers to find conventional (inswing and outswing) consistently. Saliva is used to maintain shine on one side of the ball which eventually helps in swing and most importantly reverse swing.

“I suggested that in a Test match you could use two new balls, that is one thing that can happen. Probably the curators can make a wicket which is even for both batsmen and bowlers, not too batting or bowling friendly,” Jaffer said during an Instagram Chat with his employer ‘Indian Oil’.

Jaffer feels it is going to be difficult for the bowlers if they cannot use saliva on the ball. Thus, many cricket pundits believe that the ICC should come with an alternative to help the bowlers otherwise it would be a boring contest if the ball is going in a straight line.

“The ICC has come up with a solution of not using the saliva, or things like that. For bowlers it is going to be hard to not use saliva, and not shine the ball. Then I think it is going to be a lot easier for batsmen. Again, ICC will have to make sure that the balance remains pretty equal for batsmen and bowlers and you don’t want to make it one-sided for anyone of them.”

Meanwhile, ICC Cricket Committee head Anil Kumble has stated that it is going to be an interim measure and things will get back to normal once we all are out of the pandemic situation. Kumble has also suggested that the pitches can be made bowler’s friendly to maintain the balance between bat and ball.

India’s veteran off-spinner Harbhajan Singh has also suggested that a ball can be used for 50 overs and thus there will be shine to help the fast bowlers. The shine not only helps the fast bowlers but it also helps the spinners in getting the drift on the ball.