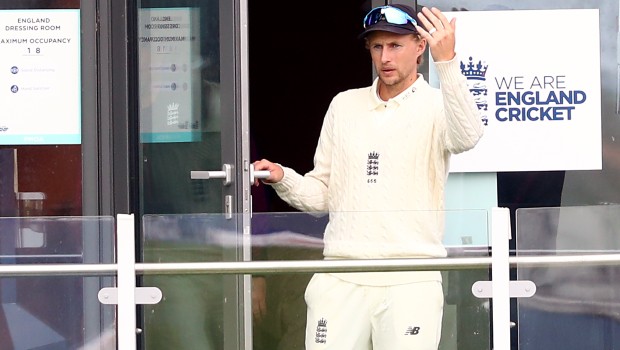 England captain Joe Root was full of praise for his deputy Ben Stokes after the talisman came up with an all-round performance to help the hosts draw level in the three-match series 1-1 at the Emirates Old Trafford. Stokes scored a gargantuan knock of 176 runs in the first innings, removed a well-settled Kraigg Brathwaite i, then scored a quickfire unbeaten knock of 78 and then again two wickets in the second dig.

There were no surprises that he was the Man of the match. Root said England are in the presence of greatness and heaped praise on ‘Incredible’ Stokes, who did everything right in the second Test match.

Stokes was at his best and made most of his good form. The left-hander took his time in the first innings and then provided quick runs, which were the need of the hour, in the second essay. He also bent his back to bowl short stuff and put a kibosh to the alliance of 100-run stand between Shamarh Brooks and Jermaine Blackwood, by dismissing the latter with a bumper.

“He’s Mr Incredible. I suppose,” Root said after the match. “I certainly think he can keep performing at this level. I think the sky’s the limit for him really, when you watch how he goes about things, there’s no reason why he can’t keep performing this consistently.

“To have such a complete game, and so many different gears at your disposal, allows you the ability to keep getting better. But most importantly, if he continues to read situations the way he is, and keeps the confidence that he’s playing with at the moment, there’s no reason why we can’t continue to see such brilliant performances as we have done this week, and over the last 12 months really.”

Stokes had a complete match where he ticked all the boxes. England was under the pump and he was once again able to deliver the goods. The all-rounder has been in sublime form in the recent past and he would like to continue the good show going.

Stokes is known to give his 120% on the field and he was at his best. The all-rounder has done some amazing work for the England team and he has been instrumental in the success of the side. The series is alive for England and a lot of credit goes to Stokes for his all-rounder performance.

The decider between England and West Indies will take place at the same venue of Old Trafford, Manchester from July 24.