We came here hungry and ready to fight: James Anderson reveals how England fought back 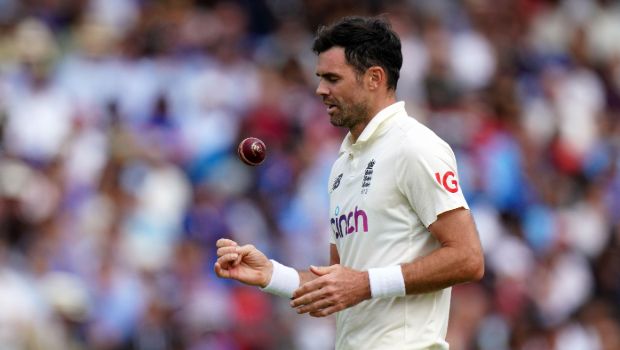 England were in a commanding position before the final day of the Lord’s Test. India were ahead by 154 runs and had four wickets in hand.

However, India were able turn the tables after 89 runs were added by Shami and Bumrah and the visitors were skittled out for 120 as India won by 151 runs.

That defeat must have made a huge dent in the England dressing room but the hosts bounced back in style in the third Test match at Leeds, Headingley. Virat Kohli won the toss and decided to bat first in the slightly overcast conditions. England’s pack leader James Anderson gave a perfect start to the team as he dismissed in-form KL Rahul in the very first over of the innings.

Subsequently, the veteran fast bowler got the wicket of Cheteshwar Pujara with an outswinger as India’s no.3 continued his dismal form. Anderson then once again got the big wicket of Indian captain Virat Kohli as he invited a drive and the talisman took the bait.

Thus, Anderson was able to rattle India’s top-order as he returned with figures of 8-5-6-3. In fact, Anderson was not even called for a second spell by Joe Root as Olle Robinson, Craig Overton and Sam Curran did the rest of the work.

Anderson said while speaking to the BBC Test match special, “We had a really low week at Lord’s, certainly the last day, but we had a good few days off to let that pass and concentrate on good things we did. We played well for four days there and came here hungry and ready to show fight. We did that with the ball, the whole attack did really well. Then the two guys with the bat showed so much skill and fight. We knew it’s an important Test so wanted to start well.”

England were able to bundle out India for a mere total of 78 runs, which is the third lowest score for the Indian team against the English team in overseas conditions. Anderson added that the hosts were able to adjust to the conditions really well and hit the right areas to get their reward.

“We weren’t sure how the wicket was going to play. I thought we adjusted to conditions really well. We got seam and swing movement and we asked questions and got our rewards. I still feel fresh. After the first two Tests, bowling a lot of overs, it is nice to have an innings or two to get some rest, especially when the Tests are so close together.”

England have put their noses in front as they have taken a lead of 42 runs after Haseeb Hameed and Rory Burns added 120 runs for the opening alliance before stumps were drawn on the opening day.