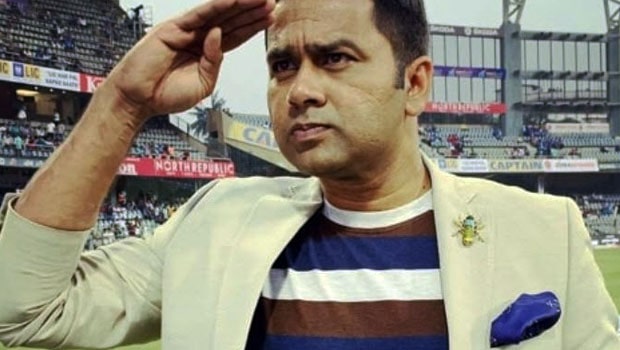 Former Indian opener and renowned commentator Aakash Chopra believes MS Dhoni might not play for India again. Dhoni had last played for the national team at the 2019 World Cup semi-final against New Zealand. Subsequently, Dhoni was expected to pull the plug on his International career but it wasn’t to be the case.

Dhoni went on to take an indefinite break from the game and made himself unavailable for national selection. He also didn’t take any part in the domestic circuit for his state team, Jharkhand.

In fact, it was expected that if Dhoni had a successful IPL season with the Chennai Super Kings, it would have helped him carved a way into the Indian team. Many cricket pundits including former Indian openers Krishnamachari Srikkanth and Gautam Gambhir had said it would be difficult for Dhoni to make a comeback if there is no IPL this year due to the coronavirus pandemic.

However, Aakash Chopra believes it is all a misconception that Dhoni’s return to the Indian team is dependent on the IPL performance.

“It’s a huge misconception that Dhoni’s comeback to the Indian team was dependent on his performance in the IPL,” Chopra told IANS.

“If that is how we will view Dhoni as a player and his career and what he has achieved as a player, then I think we are just knocking at the wrong door because it’s not right.”

Chopra added that if the think tank wants him back in the playing XI, other things will also fall in place. However, if the IPL and the T20I World Cup doesn’t take place this year, then there will be high chances that Dhoni will never play for the national side again.

“See, if the team wants him to play, all that will happen. But if the IPL doesn’t take place this year, the T20 World Cup doesn’t happen this year, of course he will be a year older and with him out of the cricket for more than 18 months, you can assume that you might not see him play again for India,” he pointed.

MS Dhoni has been a huge servant of Indian cricket but there is uncertainty on his future. It has been almost 10 months since Dhoni has played any professional cricket and with the coronavirus situation, it seems there will be no action for the next four to five months. Thus, Dhoni’s comeback into the national side looks bleak.

In fact, spinner Harbhajan Singh had recently said that Dhoni doesn’t want to play for Indian team anymore and he will only play in the IPL for CSK.