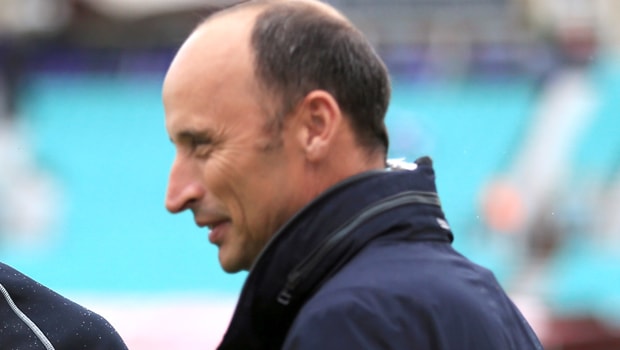 Former England captain Nasser Hussain has revealed that they used to have a plethora of team meetings just to discuss how to dismiss Sachin Tendulkar. The former Indian legendary batsman dominated the opposition team in his long career of 24 years. Sachin hardly had any chunk in his armour during his halcyon days and thus it was difficult to get him out.

Hussain added that Sachin had a brilliant technique and it was a difficult job for his bowlers to get past the right-hander.

“Overall when I talk about all-time batsmen, Sachin Tendulkar had a magnificent technique. When I was England skipper, I cannot remember how many team meetings we used to have just to discuss how to get Tendulkar out,” Hussain recalled while speaking to Ian Bishop and Elma Smit in the latest episode of ICC podcast titled ‘Cricket Inside Out’.

It is well known that Sachin was always a big wicket for the opposition team and thus a lot of planning was done on how to get him out. Sachin savoured great success while playing against the best in the business and it was a difficult job for the opposition captain to plan his dismissal.

Sachin was known to back his game and he would never throw away his wicket with a rash shot. The right-hander was known for his shrewd game and took the game away from the opposition with his consistent batting.

In fact, in the mid 1990s, it was known that if the opposition dismissed Sachin Tendulkar for a meagre score, then their chances of winning the match would multiply manifold. The Indian batting order was heavily reliant on the shoulders of the talisman and once he got out cheaply, the Indian team was always behind the eight-ball.

Sachin was consistent right throughout his career and he hardly had two bad series on the trot. The right-hander always loved performing under the pump and his record speak for himself.