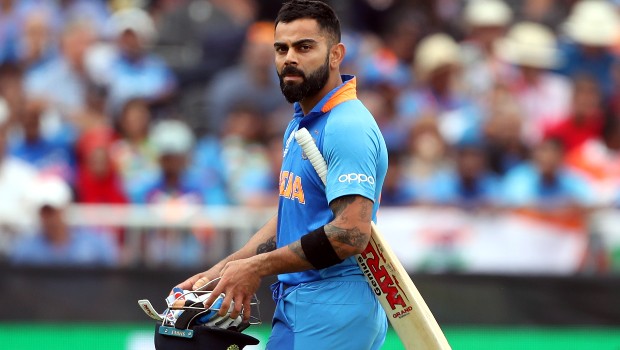 The Indian skipper Virat Kohli has given credit to team’s throwdown specialist, Raghavendra for helping the team in preparing against fast bowling. Kohli believes the team has shown improvement while facing the fast bowlers and heaped praise on Raghu. The Indian captain added that Raghu can easily clock around 155 km/h with the help of the sidearm.

It is well known that playing against quality fast bowling has been India’s Achilles Heel. The Indian batsmen are not used to playing on the fast pitches as they generally grow up playing on flat decks. Ergo, they are better players of spin as compared to fast bowling.

However, the current Indian team has been able to turn the tide in the recent past. Furthermore, the Indian batters face bowlers like Ishant Sharma, Mohammed Shami, Jasprit Bumrah, Umesh Yadav and Navdeep Saini in the nets, who all are known to bowl above 140 km/h. Thus, practising against these pacers is adding to the confidence bag of the batsmen.

Kohli added that the batters feel they have an extra second to face the opposition bowlers when they go into the real match.

“I believe the improvement this team has shown while playing fast bowling since 2013 has been because of Raghu,” Kohli said during an Instagram Live session with Bangladesh opening batsman Tamim Iqbal.

“He has good concepts about footwork, bat movement of players. He has improved his skills so much that from sidearm he easily hurls the balls at 155 kmph”.

“After playing Raghu in nets, when you go into the match, you feel there is a lot of time,” Kohli added.

Consequently, we have seen that the Indian batsmen have performed consistently in the overseas conditions, which has assistance for the fast bowlers.

On the other hand, Kohli believes it is imperative to have confidence in one’s abilities when a player is out there in the middle. Kohli added that there is no scope to let doubts creep in our mind.

“To be honest, I never doubted myself in game situations. Everyone who is human has doubts and weaknesses. Have their negatives. So in practice during tours, if you haven’t had a good session you feel you don’t have that flow.

“Yes, doubts creep in then and it’s at the back of your mind. Key is to keep going and get into that zone till you feel that it was just distraction. If I believe I am good enough, then I am good enough.”

Virat Kohli is one of the most successful batsmen in the modern era. Kohli has been consistent right throughout his career and a lot of credit goes to his work ethic. The talisman is always hungry to do better and he has worked hard on his fitness to reap the fruits.

The Indian skipper has been average of more than 50 in all the three forms of the game. Kohli has amassed more than 21000 International runs and has 70 centuries under his bag.