We have sorted out our death bowling woes – Yuzvendra Chahal 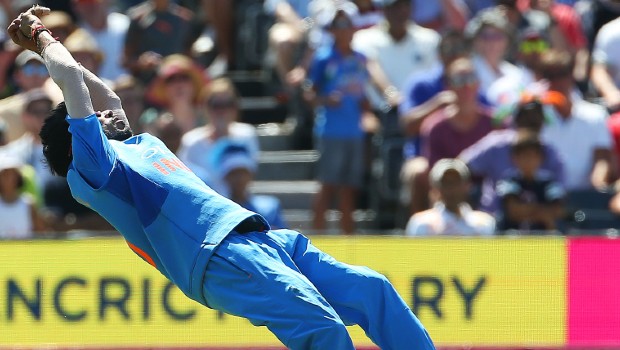 Royal Challengers Bangalore leg-spinner Yuzvendra Chahal reckons the team has sorted out their death bowling woes for the forthcoming season of the IPL. The death bowling has been RCB’s kryptonite in the previous seasons and it has often undone the good work which has been done by their batsmen.

In fact, it noticed that the franchise has lost many games due to their poor performance in the fag end of their bowling innings. RCB was able to rope in experienced Dale Steyn and also were able to get Chris Morris for a whopping amount of INR 10 crores. Morris has a good yorker under his arsenal whereas Steyn has all the experience.

Furthermore, the Virat Kohli-led team have got bowlers like Umesh Yadav and Navdeep Saini who can trouble the opposition batsmen with express pace.

“We have sorted out our bowling in the death overs. We have Dale (Steyn) sir, (Navdeep) Saini, (Chris) Morris and Umesh (Yadav) bhaiya. We are not worried about bowling the last few overs because everyone is ready and on wickets here (in UAE) spinners too can chip in with a couple of overs,” said Yuzvendra Chahal.

On the other hand, RCB have got a decent spin bowling attack. Chahal will be the pack leader in the spin department and RCB have spinners like Washington Sundar, Pawan Negi and Moeen Ali. Moreover, they had replaced Kane Richardson with Adam Zampa. Thus, it is a more balanced bowling attack for RCB.

“We have Washi (Washington Sundar), Moeen (Ali) and Shahbaz (Ahmed) in the line-up. That’s a good spin bowling attack to tackle the surfaces at the three venues – Sharjah, Dubai and Abu Dhabi, ” said Chahal.

It is a famous saying that batsmen win you matches whereas bowlers win you the tournament. RCB have always had a good batting unit but they have lacked with their bowling performances. Consequently, RCB would aim to come up with a better bowling performance in the upcoming season.

The franchise is yet to savour success in the IPL despite making it to the three finals. The team has been over reliant on the shoulders of Virat Kohli and AB de Villiers and they would need to come up with a collective team effort.

They have the players who can take them to glory in this season and it would be all about putting up consistent performances on the field. Aaron Finch is going to add value at the top of the order.