We have to be ready whenever IPL happens – Suresh Raina 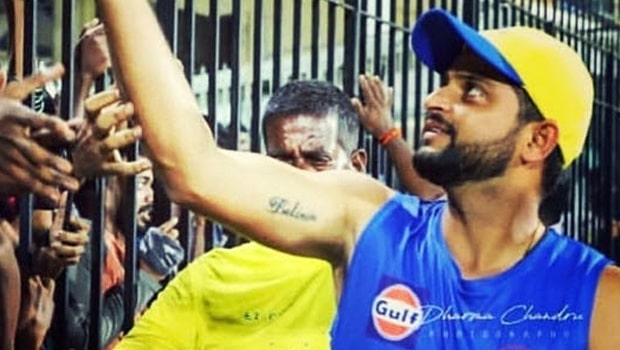 India’s and Chennai Super Kings’ batsman Suresh Raina wants to leave no stone unturned in his preparation to get back into action. Raina, who has been a vital cog for MS Dhoni’s CSK reckons that the players should be ready whenever the IPL happens. Raina has started to train outdoors and practiced with India’s wicket-keeper batsman Rishabh Pant.

Raina has been uploading his videos on social media in which he is training outdoors. Meanwhile, the IPL is expected to take place from September 26 to November 8 in the UAE.

There are now good chances of the IPL happening this year as the ICC has decided to postpone the T20 World Cup to 2021. BCCI will seek permission from the Indian government in the next 14 days to stage the IPL in the UAE. In fact, it is also reported that the training camp could be hosted for the Indian players in the UAE.

Meanwhile, Suresh Raina is trying his best to keep himself at the top of his fitness. Raina has been training regularly and he would like to hit the ground running in the nets.

“Franchises are doing their work, we are doing ours. ‘Humein jab bola jayega khelne ke liye, hum taiyar hone chahiye’ (we have to be ready whenever asked to play)”, said Suresh Raina while talking to Times of India.

Raina went on to add that the players should be mentally strong and as there are good chances of IPL now happening, they should be ready if the league goes ahead as planned. It has been a long time since the players have not trained and they are expected to take four weeks to be match ready.

Raina has been a consistent performer in the IPL over the years for Chennai Super Kings and he would like to be at his best in the 13th season of the league.

The southpaw is currently the second highest run-getter in the T20 league with 5368 runs in 193 IPL matches at an impressive average of 33.34 and strike rate of 137.11. Thus, Raina would like to continue the good form going in the league.

The left-hander has the skills to play the big shots from the beginning and he will play a huge role for CSK in the forthcoming season.