Home » Cricket » We have to counter the breeze factor during Tests in New Zealand: Ajinkya Rahane

We have to counter the breeze factor during Tests in New Zealand: Ajinkya Rahane 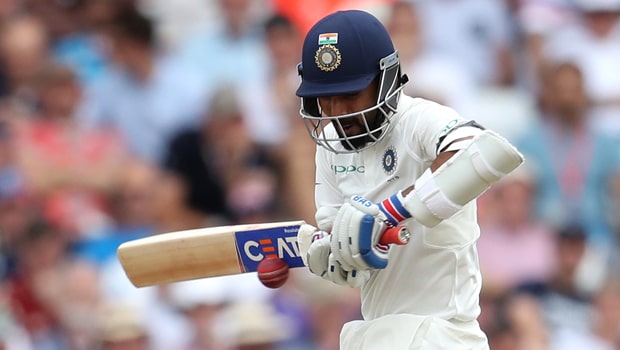 India cricketer, Ajinkya Rahane, has suggested that playing as close as possible to the body will be very important In New Zealand ahead of the four-day ‘Test’ scheduled for in Wellington and Christchurch next month.

The middle-order batsman in an exclusive interview to PTI said, standing outside the crease to counter the swing could help the team deal with the swing.

Rahane, who is part of the squad A in the second four-day ‘Test’ against New Zealand A to prepare for the series, is not fussing over technical issues.

Rahane, who is also India’s Test vice-captain, feels that the breeze needs to be factored for the upcoming two-Test series in Wellington (February 21-25) and Christchurch (February 29-March 4) after five T20 Internationals and three ODIs.

Rahane, who also pointed out that the current team has a good chance of emulating the class of 2009 under Mahendra Singh Dhoni’s captaincy, noted that having played there in 2014 and understanding that there is a breeze factor, he said getting used to the conditions will be the key.

While noting that the condition will lead to more sideways movement, Rahane has been doing his homework ahead of the clash. He has therefore singled out some players who could be a thorn in the flesh of his lads.

He added that the team needs to focus on the basics and keep their game simple by playing close to the body.

While also noting that due to the situation, pace and bounce will be different, Rahane said it’s a good idea to have shadow tours with India A, adding that such good preparation will help acclimatization for the T20s.

He also noted that the earlier the team gets over the jet, the better as it will also be another factor, adding that preparation starts from the travel day, not from practicing the skills.

After getting over jet lag, he said the team needs to get accustomed to the weather as little details matter.

Expressing confidence that the new BCCI president Sourav Ganguly and India A coach Rahul Dravid will improve Indian cricket by taking it to unprecedented heights., he said their partnership would create a roadmap that will help the country achieve success.

Speaking on the team’s tour of New Zealand in 2014, he said it was a young team that lost the Test series 0-1, but a lot has changed since then as India is on the way to becoming number one in cricket.

While describing the experience as a great journey, he added that the young unit that toured New Zealand or the first time has learned a lot from that series and has been working hard on their fitness and skills, which has been bringing the required results.