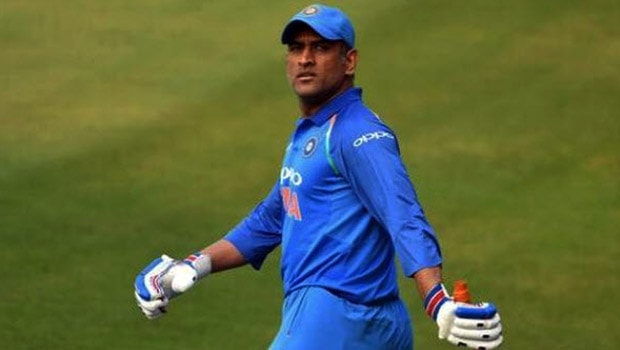 15 years ago, on April 5, 2005, the former Indian skipper MS Dhoni announced himself on the big stage. Dhoni was playing his fifth ODI against arch-rivals Pakistan at Visakhapatnam and in the first four ODIs he had not come up with the returns. As expected, there was pressure on the 22-year old youngster.

Sourav Ganguly, who was captain of the side, was known to back the young players to the hilt. Ganguly decided to give a promotion in the batting order to MS Dhoni, who came out to bat at number three. The right-hander had his opportunity and he was able to grab it with both hands. Dhoni smashed a whirlwind knock of 148 off just 123 balls to announce himself.

However, India went on to lose that series but they discovered Dhoni, recalled former Indian pacer Ashish Nehra. Dhoni will then go on to lead India with aplomb and he was a big gain for the side.

Ashish Nehra, who shared the dressing room with Dhoni in the Indian team and Chennai Super Kings believes that knock gave a shot in the arm to the youngster that he belonged to the top level. There was no looking back for the right-hander as he kept getting better.

Ashish Nehra said while talking to Cricbuzz, “Coming back to the Visakhapatnam knock, Dhoni’s innings is of great significance for Indian cricket. That innings got the team to believe that we too could have a prolific wicketkeeper-batsman. Dhoni didn’t have a great time in his initial matches. But when a confident man like him gets an opportunity and cashes in, then it’s hard to pull him back. Unwavering self-confidence is Dhoni’s strength. That innings was like he had tasted blood and he yearned for more. He hardly ever batted at No. 3 after that innings but he had made a statement that day. We lost all the remaining four matches in that series but we discovered Dhoni”.

The 148 knock against Pakistan had set the foundation for MS Dhoni. The right-hander had the skills to go a long way and he was able to stand tall to the challenges.

India won the first two ODIs but Pakistan made a stunning comeback to win the next four matches and took the six-match series by 4-2. Dhoni scored 261 runs in six matches at an average of 43.50. Later in the year of 2005, the right-hander smashed 183 against Sri Lanka, which is the highest score by a wicket-keeper in ODIs. The talisman has scored 10773 runs in 350 matches and has come a long way in his career.