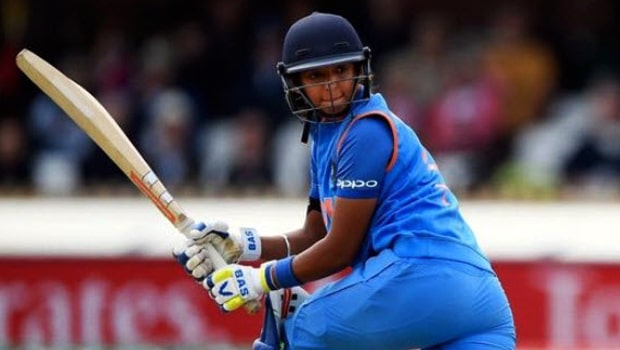 Harmanpreet Kaur, the Indian skipper believes they need to think of how to play with more focus in the big games. India was brilliant in the league stages but they were not at their best in the final of the tournament. The Indian captain added that they need to keep working hard and they are on the right track.

“We have to keep working hard,” she said. “We are in the right line, every year we are improving. We just need to think of how we are going to play with more focus in big games, because sometimes, we are not able to give our best in important games. I hope upcoming years will give us a lot of glory. This year we are hoping for some more games in the Women’s T20 Challenge. That tournament is very important for our domestic cricket and we got two players from there. Hopefully, we do get more players so that they can contribute to the team.”

Women in Blue were poor in the field as they dropped catches of Alyssa Healy and Beth Mooney on nine and eight runs respectively. Subsequently, Healy smashed the Indian bowlers to all corners of the park as she cantered to 75 off just 39 balls. Mooney who scored an unbeaten 78, played a second fiddle in the opening alliance of 115 runs but then changed gears after Healy’s dismissal.

Harmanpreet went on to add that she has a lot of faith in her girls and they will come good at big moments of the big competitions.

“The way we played in the league stages, it was outstanding. It was unfortunate to drop those catches today,” she said. “I still have a lot of faith in my team… Upcoming one and half years is important. The future is important for us. We need to stay calm and focus on the areas we need to improve, especially the fielding. We know we weren’t able to win the game because of our fielding. We need to keep these things in mind. The future is great for us. We need to trust ourselves. I trust this team.”

Shafali Verma had put down Alyssa Healy in the first over of the innings whereas Rajeshwari Gayakwad fluffed Beth Mooney’s catch of her own bowling. Ergo, India was not able to convert those chances and had to pay the price. The crowd attendance at the MCG for the final was a stunning 86000 however, Harmanpreet believes that they were not fielding under pressure.

“When you lose half chances, it’s hard for a bowler to get that confidence back. Then it’s easy for a batter too because, when they get a chance, then they are just batting freely. They don’t have any pressure.

“I don’t think we were fielding under pressure, but unfortunately, we were not able to create those chances because that was very crucial, because they both were in great form. You cannot drop the catches… no doubt we didn’t field well today, but definitely we need to learn from today’s performance because, when you’re playing a great level of cricket, you cannot drop yourself. We were not up to the mark. We will definitely take this thing seriously. Next time we come to play, we’ll definitely be one of the best fielding sides.”

Indian women cricket team has shown an upward swing in their improvement graph and they will look to keep getting better with time. Harmanpreet Kaur has high hopes from her team and they would aim to seize the crucial stages of the big matches.