Home » Cricket » We operate as a team and do things as a collective: Kane Williamson on New Zealand’s success in major ICC events

We operate as a team and do things as a collective: Kane Williamson on New Zealand’s success in major ICC events 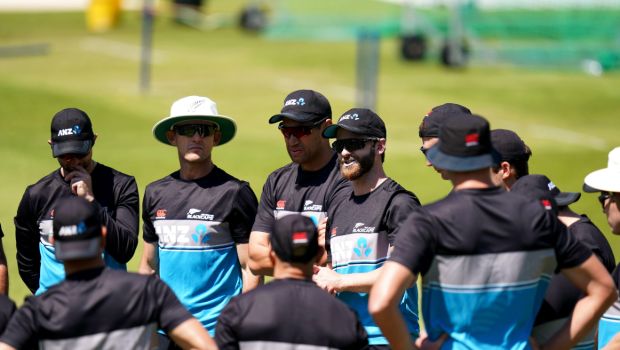 It has always been said that Kiwis punch above their weight and they have certainly come up with collective efforts.

New Zealand skipper Kane Williamson gave credit to the players to operate as a team and do things collectively on the field to get the desired rewards. The Blackcaps have done a fine job in getting the best out of their players and they have stood tall to the challenges in big matches.

Speaking to the Economic Times, Kane Williamson said: “Each team has its own style of functioning. When it comes to the New Zealand team, you are right in saying there are no superstars. But what we have is a very strong collective. We operate as a team and do things as a collective. When you are playing a team sport you need to move as a collective and that’s been our core strength.”

He added: “Some days results might not go your way. Take the T20 World Cup final. Australia were a better team on the night but it does not mean we will stop working as a collective, cohesive unit. You must believe in certain processes and keep following them. That’s what we do in our team.”

On the other hand, Kane Williamson is well known for his calm demeanor as a captain. Williamson added that it helps him as a leader to get the best out of his players if he is calm under pressure.

“Each person feels the pressure. It is only natural that you do. But when you are the leader, it is important you give the impression to your teammates that you are in control. If they see you calm it helps to a degree. If a bowler isn’t bowling at his best, it is my job as captain to have a silent word and give him the confidence and support. If I get flustered and show anxiety, it can rub off on him and that’s not good for the team,” the 31-year-old cricketer said.

New Zealand did a fine job in reaching the final of the T20 World Cup but could not cross the final hurdle against Australia. Meanwhile, Williamson has been rested for the T20I series against India and will return to take the captaincy reins in the two-match Test series.