Home » Cricket » We should focus on batting longer in second innings: Mohammed Siraj

We should focus on batting longer in second innings: Mohammed Siraj 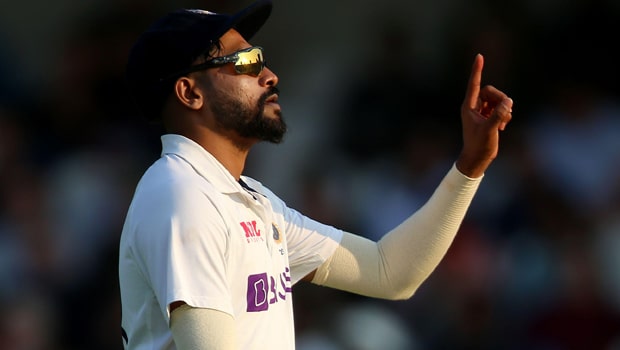 India’s rookie fast bowler Mohammed Siraj wants the team to focus on their batting in the second innings of the Leeds Test against England. The visitors were skittled out for a paltry score of 78 runs in the first innings after Virat Kohli decided to bat first. However, Siraj, who has impressed in his young career, feels the team should not let their morale go down despite being on the backfoot in the third Test match.

India is currently ahead by 1-0 in the five-match series but they have their backs against the wall in the ongoing Leeds Test match. The batting unit of the tourists has disappointed with their efforts and they will need to bat out of their skins to save the third Test.

It will be a herculean task for the Virat Kohli-led team as England are ahead by 345 runs and still have two wickets left in their first innings. The openers – Rohit Sharma and KL Rahul – are in good form but the middle order lacks confidence.

Meanwhile, Joe Root continued his good form as he scored 121 runs and scored his third century of the series. However, Siraj feels they are not bothered with Root’s form as they are 1-0 up in the series.

“When a batsman (Root) is in good touch and flow, they score runs. We shouldn’t be bothered by someone scoring runs. Even if you score 100 or 200, we are still one-up in the series,” Siraj said on Thursday.

India has already bowled 129 overs in England’s first innings and the fast bowlers must be feeling tired.

“Sometimes we have a bad day, when we get out early in a Test match and have to field longer,” Siraj said. “But that shouldn’t lower your morale as we are still left with two matches and leading the series 1-0.

“We don’t need to worry too much, we just need to believe in our skills and back ourselves,” he said.

India are behind the eight-ball but the visitors will look to show resistance in the second innings as the pitch is still good for batting.