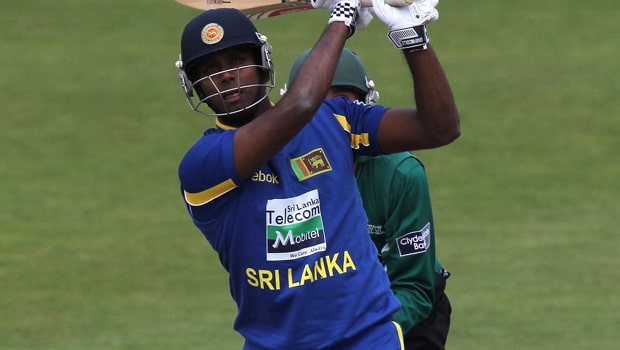 Sri Lanka’s talisman all-rounder Angelo Mathews reckons his team felt 20 to 30 runs short in the final of the 2011 World Cup against India. Kumar Sangakkara, who was Sri Lanka’s captain, had won the toss and decided to bat first.

Subsequently, Sri Lanka racked up a competitive total of 274 runs in the final, courtesy a fine unbeaten knock of 103 runs off just 88 balls from Mahela Jayawardene and India had to chase the highest total in a World Cup final.

India lost two early wickets in Virender Sehwag and Sachin Tendulkar. However, Indian captain MS Dhoni and Gautam Gambhir were able to stitch a valuable alliance of 109 runs for the fourth wicket after the wicket of Virat Kohli.

However, Mathews who had missed the final due to quad injury believes it could have been a different story altogether if they had scored around 300 runs. Mathews added that the Mumbai pitch was flat and thus it was easier for India to chase down the target.

Mathews had scored 14 runs in the semi-final against New Zealand and had taken his team over the line. In fact, Sri Lanka’s former captain Kumar Sangakkara had recently stated he may have bowled first if Angelo Mathews had been fit for the final as he would have strengthened their lower batting order while batting at number seven.

Angelo Mathews said while talking to Crictracker, “I still feel that if we had gotten about 320, we could’ve given a good fight even against India’s strong batting lineup. Indian wickets are flat as roads and when a batsman gets going, it can be really tough to stop him. India had a gun batting lineup as well. Wankhede is not a massive stadium, but the ball stays hit when you hit it and the pitch was also good.”

“We were short by about 20 to 30 runs. We had our chances, but Gautam (Gambhir) and Virat (Kohli) batted really well. Then, MS Dhoni joined them and finished it off. All in all, it was a good game,” he added.

Gambhir scored 97 whereas Dhoni scored a match-winning 78-ball 91 to take his team to the World Cup glory. MS Dhoni was awarded the Man of the match for his superb batting performance. India were the better side on the day and they were able to win the World Cup for the second time.