Home » Cricket » We were looking at Gowtham as Ashwin’s backup once: Former India selector Sarandeep Singh

We were looking at Gowtham as Ashwin’s backup once: Former India selector Sarandeep Singh 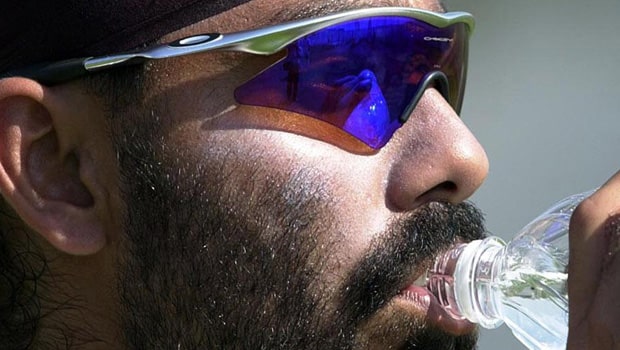 Karnataka all-rounder Krishnappa Gowtham has been in the headlines for the last few days as Chennai Super Kings picked him up for a whopping sum of ₹9.25 crores in the IPL 2021 Auction held in Chennai, on February 18.

Gowtham was released by Punjab Kings (formerly Kings XI Punjab) ahead of the Auction and hence, he was available at his base price of ₹20 lakhs. In the process, he became the most expensive uncapped player in the history of IPL auctions as well.

The 32-year-old has proven his all-round ability for Karnataka year after year. He has a total of 1045 runs and 166 wickets to his name in 42 first-class matches. Former India selector Sarandeep Singh also went on to reveal that Gowtham was once considered as Ashwin’s backup during his tenure.

“If you see his domestic record, he has been performing all the time. He has been picked for India A for the last 2-3 years and has been doing consistently well. In fact, in case Ravichandran Ashwin was to get injured or was unfit, we were looking at K Gowtham as back-up spinner. He was in our minds for ODIs and T20Is as well,” Sarandeep Singh told Sportskeeda.

So, why didn’t he get a chance to play for India? Sarandeep says that it was due to the plethora of spin-bowling options available for the Indian team at that time.

“With Kuldeep Yadav and Yuzvendra Chahal as well as the all-round brilliance of Ravindra Jadeja, we were blessed with excess options. Even Kedar Jadhav was chipping in with the ball and picking up a few wickets. That’s why we couldn’t pick K Gowtham in the Indian team. So, he deserves what he has got,” Singh said further.

Sarandeep, however, is surprised by how IPL teams have treated Gowtham so far. According to him, he should have played more IPL games in the last three years than he actually has.

“K Gowtham also did very well for Rajasthan Royals earlier. I don’t know why they let him go. He can bat also and bowl also. He was actually pretty good for them. I don’t understand why some franchises release decent players. Last season, he was injured so he couldn’t play many games for Punjab. He deserves this chance,” said Singh.