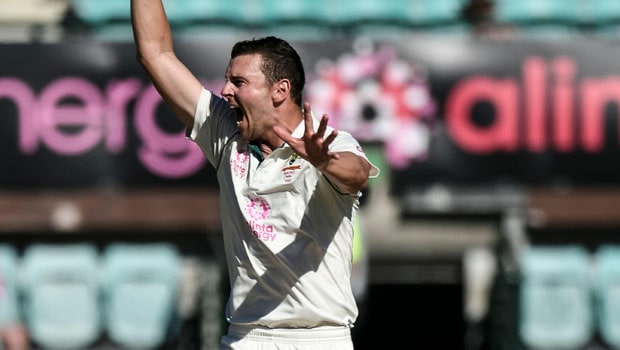 Chennai Super Kings fast bowler Josh Hazlewood has decided to opt-out of the forthcoming Indian Premier League season due to bubble fatigue. Hazlewood has been part of multiple bubbles since August 2020 and wanted to give himself a break to prepare well for the big International season for Australia, which will begin after the completion of IPL.

All the cricket boffins understand that the bio bubbles can take a toll on any player and thus everyone respects Hazlewood’s decision. However, some of the experts, including Irfan Pathan, raised question marks on Hazlewood’s withdrawal given the competition was only one week away.

“It’s a sudden development, and we were not prepared for it. We’ll look at various options before arriving at a decision. We have our bases covered, so if the team management feels we don’t need a replacement, we might not seek one,” a CSK official told TOI after Hazlewood’s decision.

On the other hand, Hazlewood had stated he wants to spend some time with his family and be fresh for the T20 World Cup and the Ashes later in the year.

“It’s been a long 10 months in bubbles and quarantine at different times, so I decided to have a rest from cricket and spend some time at home and in Australia in the next two months. We’ve got a big winter ahead too. The West Indies is going to be a long tour, with Bangladesh potentially thrown on the end of that. Then potentially the T20 World Cup leading into the Ashes, so it’s a big 12 months, as it always is with Australia, and I want to give myself the best chance to be mentally and physically ready for that. That’s the decision I’ve made, and it sits pretty well with me.”

Meanwhile, Josh Hazlewood became the third Australian player after Josh Philippe and Mithell Marsh to pull out of IPL 2021 due to bubble fatigue.

CSK will now look towards Lungi Ngidi to fill in the big shoes of Hazlewood, who is known for his accurate bowling. Furthermore, CSK has bowlers like Dwayne Bravo, Shardul Thakur, and Deepak Chahar.

Chennai couldn’t qualify for the playoff stages in the previous edition as they finished at seventh place and thus they will aim to turn the tables. CSK will begin their IPL 2021 campaign against Delhi Capitals at the Wankhede Stadium, Mumbai on 10th April.