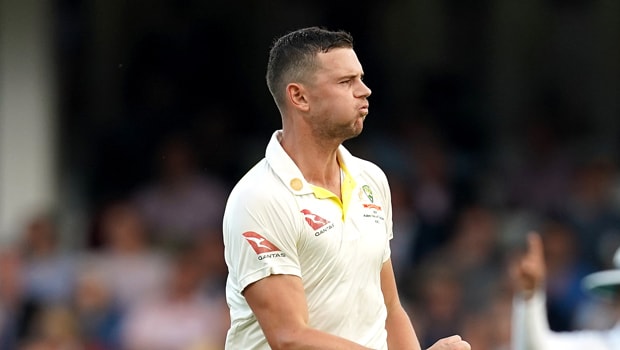 Australia’s quick Josh Hazlewood reckons the Indian team had out-bowled his team in the previous series. The Indian pace trio of Ishant Sharma, Mohammed Shami and Jasprit Bumrah had collectively scalped 48 wickets. On the other hand, Australia’s pace battery of Mitchell Starc, Josh Hazlewood and Pat Cummins had snared 40 wickets.

The Indian bowling unit had played a key role in the success of the team and it was the maiden Test series win on the Australian soil. Jasprit Bumrah was the pick of the bowlers as he finished with 21 wickets, the most in the series, at an impressive average of 17.

The Indian bowlers were able to get early breakthroughs and the Australian team was not able to get enough runs on the board. In fact, Marcus Harris was Australia’s highest run-getter of the series as he scored 258 runs in the series. Thus, the hosts lacked consistency from their batting order.

On the other hand, Cheteshwar Pujara had also played a key role in Australia’s debacle. Pujara faced 1258 deliveries in the whole series and he played a major role in tiring out the Australian fast bowlers.

Hazlewood feels it is imperative to make use of the new ball in the Australian conditions and the visitors were able to do that. The lanky pacer added there is not much help for the fast bowlers from overs 20 to 60 and thus one must make use of the hard ball.

Josh Hazlewood said while talking to Star Sports Cricket Connected, “I think using that new ball, Ishant Sharma always got an early breakthrough, Mohammed Shami and guys like that. It is crucial to do that. Also the second new ball if it gets to that point, making the best of that. So, whenever the ball is nice and hard in Australia, those are the crucial moments in Test matches.”

On the other hand, Australia didn’t have the services of their two best batsmen – Steven Smith and David Warner, in the last series due to their ball-tampering bans. Both of these batters are now back in the squad, which will strengthen the Australian team and it would be a stiff challenge for Virat Kohli’s men to replicate their success.

“It obviously makes a huge difference. They are our two (Smith and Warner) best batsmen over the last 5 or 6 years and when you take them out of any international team it looks totally different. So, we are very happy to have those guys back.”

There is no doubt that India will have their work cut out in the forthcoming series against Australia. The opening Test match will take place at the Gabba, Brisbane from December 3.