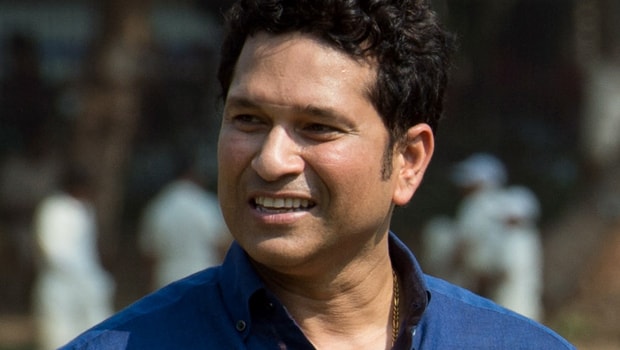 Former Indian captain Sourav Ganguly and legendary batsman Sachin Tendulkar shared a potent partnership in ODI format. The duo is the most successful pair in the 50-overs version and provided solid starts to the Indian team during their heydays. ICC shared a post of Tendulkar and Ganguly and praised the pair.

Ganguly and Sachin were involved in 176 alliances in which they scored 8227 ODI runs at an impressive average of 47.55. In fact, it is well known that no other ODI pair was able to even cross 6000 ODI runs.

Subsequently, Sachin asked Ganguly how many runs they would have got if they had played with two new balls and if there was a fielding restriction rule of only four fielders outside the 30-yard circle.

In contemporary cricket, two new white balls are used (one from each end), which takes away the reverse swing chance from the bowlers as the ball used to come back into the batsman when it used to be 30 overs old. However, only 25 overs are now bowled with each ball.

Ganguly believes had he and Sachin played during such laws, they would have scored 4000 more runs together. The Prince of Kolkata also added that there were good chances of cover drive boundary in every over the innings.

Ganguly wrote, “Another 4000 or so…2 new balls…wow…sounds like a cover drive flying to the boundary in the first over of the game…for the remaining 50 overs.”

Sachin and Sourav were India’s best white ball pair. Both the batsmen had a great understanding between each other and they were always instrumental in the success of the team. Their best performance came against Kenya when they added 258 runs for the opening stand. Both of them scored centuries in that particular match.