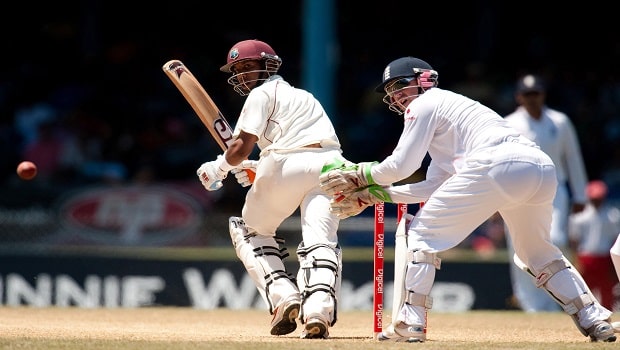 This win has drawn Indies level with the three-match T20I series. They were chasing a challenging target of 171, and Simmons, who batted beautifully throughout, was handy for them and took India bowlers to the cleaners.

Simon scored an unbeaten 67 with 4 fours and an equal number of sixes at a strike rate of over 148. Evin Lewis, who also had 40 and Nicholas Pooran 38* supported West Indies as they chased down the target with nine balls to spare.

And Nicholas Pooran put the game beyond the host with a cracking four in the deep off Deepak Chahar.

With this feat, Simon has gotten to his sixth T20I fifty off just 38 balls with the help of 3 fours and an equal number of sixes. Simmons is taking the game away from India. WI 127/2 after 15 overs.

Recall that there was also a maiden international fifty from Shivam Dube along with a sensible 22-ball 33* from Rishabh Pant, which guided India to 170 for seven against their opponent.

Batting, after losing the toss, the host suffered from a poor start on a tricky surface. Despite his impressive performance in the first match, KL Rahul (11), was sent home for an early shower cheaply.

He was soon followed by Rohit after getting out for 15. After his promotion to number three, utilised his opportunity scoring a quick-fire 54 that came off just 30 balls.
Shivam, alongside skipper Virat Kohli (19) added 41 runs for the third wicket.

India’s charge was unfortunately dented by regular wickets towards the latter half of the innings. At the end of the day, there is still light at the end of the tunnel for the ost, which is still having a challenging total.

At the end of 20th over, Washington Sundar also had six runs and a wicket in the final over as India get to 170 for 7 in 20 overs.

The series will be decided at the Wankhade Stadium in Mumbai on Wednesday.
Speaking after the game, skipper, Kohli said it wasn’t a too bad performance, but he would have been happy if India had bowled first.

He also noted that the dew might be a factor in the result as the toss was uncontrollable.

Speaking on the condition of the surface, Kohli said it’s a nice and hard pitch, but much drier, adding that it should be a good pitch to bat on during the first half.

The skipper further said that the team hadn’t defended too many totals in the past, and it affected their reaction.

Also speaking, West Indies captain, Kieron Pollard who said his team would bowl first, said they would come out and have a feel of the surface.
With the current score, he said that West Indies need to restrict their host to a low total.