West Indies v India: It’s not over for Ravichandran Ashwin 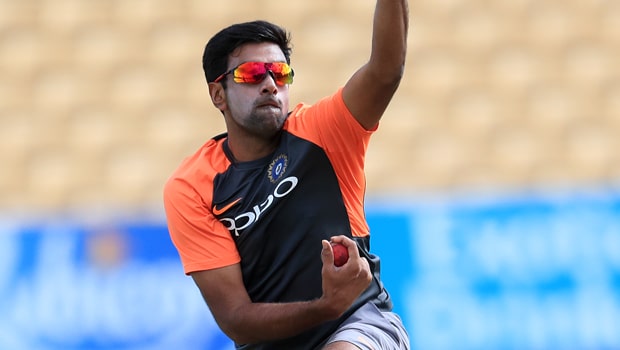 Ravichandran Ashwin was India’s first choice spinner in Tests until last year as he started as the specialist spinner in three overseas series– South Africa, England and Australia– consecutively. However, it looks like things have changed a lot since then as Ravindra Jadeja news blossomed the athlete as the first-choice player ahead of Ashwin in the first Test of the ongoing two-match series against West Indies cricket team at Antigua.

And considering the way the southpaw performed with both bat and ball in the match, his place in the starting XI for the second and final match looks guaranteed once again. It’s pretty clear now that the India team captain and management is giving more importance to batting as far as overseas Tests are concerned.

Moreover, Ashwin isn’t having the best of times of late. According to reports, the Punjab franchise in the Indian T20 League is also planning to offload him this season after he failed to deliver as the skipper of the side during two successive years. And he also has his fitness issues to deal with. He has gotten injured a lot during the last one year and, hence, his fitness is something that he needs to keep working on.

It might seem like the whole world is against Ashwin right now. Every move against him might look like a conspiracy to his fans. However, they have to understand that there is no room for such things when it comes to protecting the interests of the team. At the moment, the management feels like Jadeja is the better bet when they are playing with one spinner in the XI. And the Saurashtra all-rounder has done nothing wrong as well. He has been outstanding in all three departments of the game and, at the same time, has been extremely fit as well. India have benefitted from his returns and, hence, there should be no bad blood there.

It’s true that Ashwin has been totally out of contention from the limited-overs side ever since spinners like Yuzvendra Chahal and Kuldeep Yadav came to the fore. And it might continue to be the same in the coming time ahead. However, he is a champion player when it comes to playing in the longest format of the game. A tally of 342 wickets in 65 matches at an average of 25.43 and 2361 runs at an average of 29.14 are testimony of his all-round skills in this format.

It should be remembered that India West Indies match might be picking only one spinner in overseas conditions but they will always go with two spinners at home. And Ashwin would probably be the first player they would pick in such conditions. India cricket team is supposed to play a number of series at home in the coming time ahead. Hence, that would give ample opportunity to the classy spinner to come roaring back into the side once again.