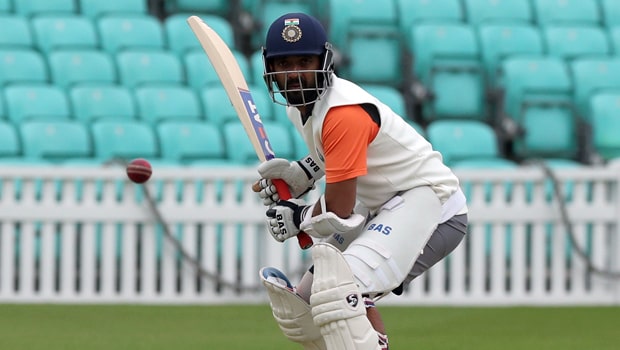 The last time India toured West Indies back in 2016, Ajinkya Rahane news blossomed as he had smashed 243 runs in just four innings at an excellent average of 121.50. It included an unbeaten innings of 108 and 78 at Kingston and Gros Islet respectively.

However, Rahane experienced a huge dip in form after that as he amassed only 1626 runs in 51 innings at a meager average of 33.87 since that tour. These runs included only 11 scores of fifty or more, which meant he had failed to deliver almost four times more than he had succeeded. Apart from a couple of crucial fifties during India’s historic Test series win down under, he had nothing significant to boast about during this period. Now, his position in the side was at threat and he needed to deliver. Just when everyone thought his career was going to come to a halt, he revived it once again with his return to the Caribbean conditions.

He started off his tour of the Caribbean this year with a gritty fifty in the practice match against West Indies A and followed it up with scores of 81 and 102 in the first match at Antigua. India were staring down the barrel at 25/3 when Rahane had walked out to bat in the first innings. From there, he stitched a 68-run stand for the fourth wicket with KL Rahul and then an 82-run stand for the fifth wicket with Hanuma Vihari to take India to a safe position.

He looked well on course to score a century but had to walk back to the pavilion after dragging a delivery off Shanon Gabriel back onto the stumps. However, he came out even more determined in the second innings. India were 81/3 after 30 overs when he walked out to bat this time and the 31-year-old did what he does best. He took his time to settle down and played according to the merit of the ball. First, he stitched together a stand of 106 runs for the fourth wicket with Virat Kohli (read more Virat Kohli latest news) and then a 135-run stand with Hanuma Vihari to lead India to a commanding position. In fact, he hadn’t crossed the three-figure mark in his last 29 innings. His last century came way back in August 2017 against Sri Lanka at Colombo.

And it was this long wait that urged him to go the extra mile and notch up his much awaited 10th Test century. Rahane has a total of 426 runs in West Indies cricket team now at an excellent average of 106.5, which is the best among all conditions he has played in so far. It looks like he has totally mastered these conditions and he is only going to take his game a level up in the second and final Test of the series to be played at Sabina Park in Kingston. (more on Ajinka Rahane latest news)