West Indies vs India: Is Rishabh Pant a better bet over Wriddhiman Saha in Tests? 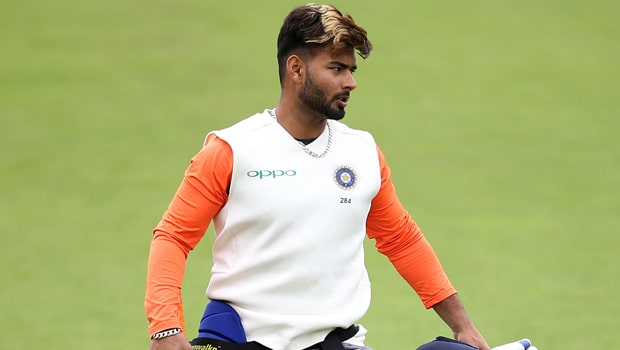 All eyes will be on Rishabh Pant latest news during the two-match Test series between India and West Indies which started on Thursday with the first match at Antigua. The 20-year-old failed to make a mark in the limited-over series. An unbeaten knock of 65 in the third T20I was his only noticeable contribution as he accumulated three single-digit scores in the five innings he played in the two series combined.

The Test format, however, brings a different set of challenges as well as opportunities with itself. Although Pant’s playing style and shoddy keeping technique is not viewed as something which suits the longest format, it’s ironic how his performance in this format in his short career so far is the only reason behind the management’s decision to back him.

Pant set a number of records during India’s tours of England and Australia last year. He became the first Indian wicket-keeper to score a Test century in a SENA country with his breathtaking knock against England at the Oval and followed it up with yet another hundred during the tour of Australia. After nine matches and 15 innings, Pant has a tally of 696 runs at an impressive average of 49.71, and that includes two centuries and two fifties as well. So, he has established his authority in this format already. (see more Rishabh Pant News here)

In fact, there is no surprise that he is doing much better with the bat than Wriddhiman Saha, the man Pant took over from when the latter got injured. He is a much better batsman than Saha who has a career Test match batting average of 30.63 after 46 innings. While that is certainly healthy for someone who bats in the lower order, his inclusion often forces India to play an extra batter as he is not the finest with the willow. That move in itself is a defensive option. However, with Pant in the side, India can clearly expect him to bat anywhere in the middle-order and they can even play an extra bowler in such case. So, Pant’s inclusion gives them an opportunity to increase their attacking options.

Yes, that might not be the right way to judge the quality of a keeper. A ratio of chances taken to chances dropped would serve as a better parameter. However, Pant can’t be discounted at all for taking the chances that have come his way. And those numbers suggest that he does a fairly good job as far as keeping is concerned. So, if that is combined with his superior batting skills, Pant definitely seems to be the better bet as a Keeper-batsman in Tests for the time ahead. (For more India vs West Indies news)