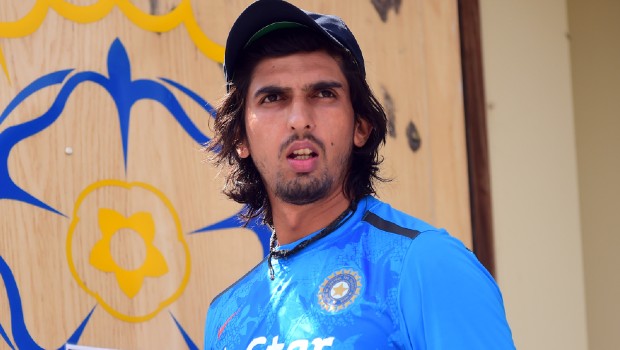 India’s lanky pacer Ishant Sharma has revealed the strategy which was adopted by him and captain MS Dhoni in the famous win at Lord’s on the 2014 tour of England. It is well known that as the pitch was not offering a lot of help to the Indian pacers, Dhoni asked his most experienced pacer to start bowling short at England’s batsmen before the new ball was due.

In fact, Dhoni’s plan was to give Ishant small spells to keep him fresh. However, the tall fast bowler revealed that he was ready to continuously bowl till the end of the match as he had got the momentum on his side.

Ishant had gone wicketless in the first innings but he took the crucial wickets of Alastair Cook and Ian Bell on the penultimate day in the second innings. Subsequently, the Delhi fast bowler took five more wickets on the final day to help take India to a famous win. Ishant’s returns of 7-74 are his best figures in the Test fold thus far in
his career.

“At the end of the fourth day I had already dismissed Cook and Bell, Mahi bhai told us that from here no one will think of a draw. Obviously there was pressure on us on the last day. Moeen Ali and Root were playing well so Mahi bhai asked me to start bowling short as nothing was happening. He told me to bowl short till we take the new ball. Just before lunch Moeen Ali was dismissed.

“While we were going in for lunch Mahi bhai told me that he will make me bowl in short spells and that I had to bowl short. I told him that now he should just let me bowl till the end of the match,” Ishant said on Gaurav Kapur’s Youtube show Isolation Premier League.

Ishant then didn’t disappoint his captain and broke the spine of the England batting line-up. The right-arm pacer was right on the money and breathed down the neck of the hosts’ batsmen with his short deliveries. The plan worked wonders and India went on to win by 95 runs. Ishant was then awarded the Player of the match for his match-winning bowling.

It is never easy for a fast bowler to bowl long spells but Ishant Sharma was ready for the challenge as he had tasted blood and he was hungry for more. He kept on going and the rewards were fruitful for the side. Earlier, Ajinkya Rahane had also played a key role as he had scored 103 in the first innings to take India to 295 runs.

Bhuvneshwar Kumar also played a key role in the Test match as he scalped six wickets in the first dig and then scored vital 52 runs in the second essay. 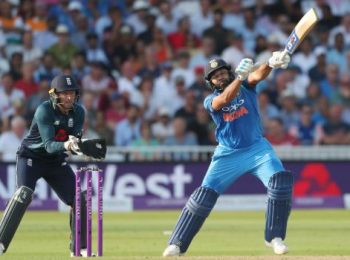 The All India National Selection Committee has announced the team’s ODI and T20I squad for the upcom... Read More