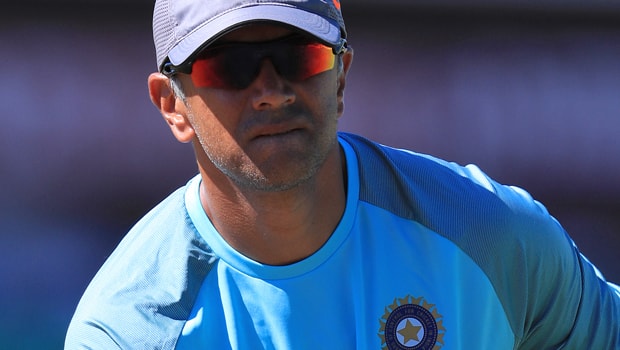 There is a famous adage in Hindi which states that a jeweller has a recognition for original diamonds. A 11-year old KL Rahul had caught the attention of veteran Rahul Dravid. The junior Rahul had scored two double centuries in Under-13 tournament and the senior had seen all the action.

Impressed with KL Rahul’s technique and skills at the age of only 11 years, Dravid had a word with the former’s coach, Jayaraj. Dravid predicted that the prodigy youngster could have a bright future for the Indian team and asked Jayaraj to take care of the talented batsman.

KL Rahul’s coach Jayaraj recalled the incident when Dravid saw his student clobber bowlers to all parks of the ground. Dravid was present at the stadium to complete his endurance training.

“I remember KL got back-to-back double centuries in an Under-13 tournament. He first scored a double hundred at the NRA ground and then scored another double hundred at Chinnaswamy stadium. At the same time, Dravid was undergoing endurance training,” Rahul’s childhood coach Jayaraj said while speaking with Times of india in an exclusive interview.

As Rahul Dravid was training at the same stadium, Jayaraj asked KL to observe the great batsman in action. Jayaraj thought it would be a great opportunity for the youngster to just watch Dravid bat in the nets and observe as much as he can.

“When Dravid padded up for a net session. I asked KL to sit at the boundary ropes and watch him. I told him to watch his technique and batting style,” Jayaraj said.

“After finishing one net session, Dravid came and said, ‘I watched this kid’s batting (double centuries). He played wonderfully. He has a future, please take care of him,” Jayaraj added.

Jayaraj also revealed that Dravid had a pep talk with KL and he still remembers the incident. As it turned out Rahul has been an integral part of the national team in the last few years and has done well.

Interestingly, Rahul is following Rahul’s footsteps as he is now keeping the wickets for the Indian team. In fact, the Karnataka batsman has grabbed his opportunities and he is now the first choice wicket-keeper in the limited overs format. The stylish batsman was the Player of the series against New Zealand as he scored 224 runs in five T20Is at an average of 56.