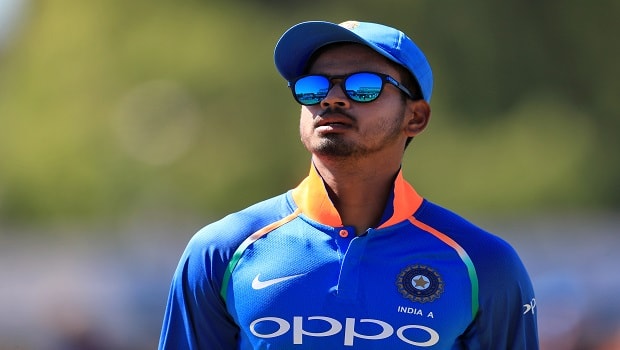 Former Indian skipper Rahul Dravid was not at all impressed with talented batsman Shreyas Iyer when he saw him bat for the first time.

Iyer recalled the incident when he played with fire on the opening day of a four-day match for India A. Dravid was India A coach at that time and was watching Iyer in action for the first time.

It was the last over of the first day’s play and the right-hander decided to take on the opposition’s spinner. The bowler gave a good loop to the ball and Iyer went for the big one. Subsequently, the Mumbai batsman was able to get a good connection and got the maximum. However, this daring shot by Iyer in the last over of the day, didn’t impress his coach.

Iyer was expected to play safe but he decided to take on the bowler. When the batsman got back to the dressing room, he got a slap on the wrist from Dravid.

“It was a four-day match and Rahul Dravid was seeing me for the first time,” Shreyas Iyer said on Spicy Pitch while talking to Cricbuzz. “It was the first day’s last over. I was batting on 30 or something, so everyone thought [that since] it is the last over I’ll play out the over, I’ll play it carefully and finish it. Rahul Dravid sir was sitting inside. He [the bowler] bowled a flighted delivery, so I stepped out and hit it in the air. It went high up in the air and it was a six. Everyone in the dressing room came out running, they were looking up, and thinking who plays the last over like this.

“That day he [Rahul Dravid] judged me for how I am. He came to me and he was like “Boss! What is this? [It is the] day’s last over and you’re doing this?” But later on, I started realising about what he was trying to say.

Rahul Dravid has been successful in getting the best out of the young players while coaching the Under-19 and India A boys. Shreyas Iyer has now matured as a batsman and we have seen him playing some good knocks for the Indian team.

Furthermore, Iyer was able to put paid to India’s number four woes. The team was struggling to find a consistent number four batsman and Iyer has grabbed his chance with both hands.

The right-hander has scored 748 runs in 18 One Day matches at an impressive average of 49.87. The 25-year old has scored eight fifties and one century in his ODI career. The youngster has also led Delhi Capitals from the front in the IPL. He had taken the franchise to the playoff stages after six years as they had last made it to the final four back in IPL 2012.

Iyer has shown great skills with the bat and he has the temperament to go a long way in his career.