Home » Cricket » Whenever I am in doubt, I call Rahul Dravid – Sanju Samson

Whenever I am in doubt, I call Rahul Dravid – Sanju Samson 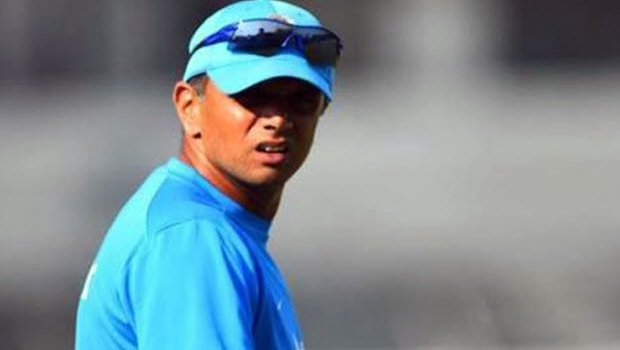 India’s talented wicket-keeper batsman Sanju Samson has often given credit to former Indian captain Rahul Dravid. Samson has learned a lot from the Indian stalwart and he never shies away from praising him. The Kerala player had caught the eyes of Rahul Dravid and he also played under the captaincy of Dravid in Rajasthan Royals when he was only 18 in IPL 2013..

Subsequently, Samson got the opportunity to play under the tutelage of Dravid when he represented India A. Dravid was the coach of the side and he got the best out of the youngster. Samson, who hasn’t quite grabbed his chances in the domestic circuit stated that he calls Rahul Dravid whenever he is in doubt.

Dravid shares a great bonhomie with the youngsters and most of them are open to talk to him about their struggles. The former Indian captain has all the experience in the world and he motivates every player to give his best in the field.

On the other hand, Sanju Samson has all the talent and he is a treat to the eyes when he gets going. However, he needs to be more consistent with his performances.

Samson added that Dravid makes him comfortable and he has told all the young boys that his door is always open for them if they are in a muddle.

Sanju Samson said while talking to Times of India, “I have learnt almost everything from Dravid sir from the age of 18 to 20 at the Rajasthan Royals and then during my India A stint. I would like to say that not only me, almost every youngster in the Indian team has (been) groomed under Dravid sir. He always says ‘my doors are always open’. We can call him or contact him and get his advice on any topic. Whenever I am in doubt, I call Dravid sir”.

Meanwhile, Sanju Samson has thus far played 55 first-class matches in which he has scored 3162 runs at an average of 37.64. The flamboyant batsman has scored 2324 runs in 90 List A matches at an average of 30.57. Thus, he needs to better his performances at the domestic circuit to consistently knock on the doors of national selection.

The stylish batsman has only scored 35 runs in four T20I matches. Samson has impressed with his timing and he has done a good job for Rajasthan Royals in the IPL. The right-hander has scored 2209 runs in 93 IPL matches.