Home » Cricket » Who should partner Rohit in T20Is – Rahul or Dhawan?

Who should partner Rohit in T20Is – Rahul or Dhawan? 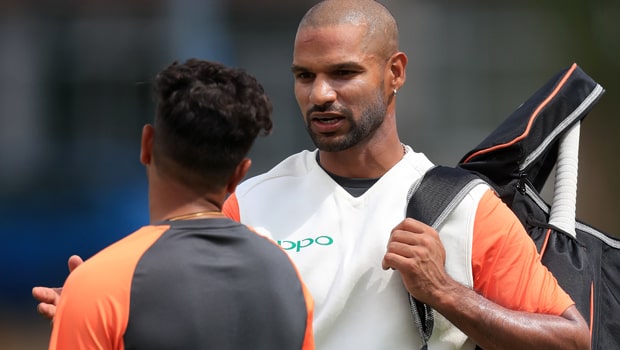 Rohit Sharma and Shikhar Dhawan might be an inseparable pair when it comes to the 50-over format but the case is not the same when it comes to T20Is. While Rohit continues to be the same beastly figure in this format as he is in the ODIs, Dhawan doesn’t seem like the same force.

That’s why his place in the T20I side has always been under scrutiny. Yes, he did play an important role with his innings of 40 in India’s victory over South Africa in the second T20I of the ongoing series at Mohali, but he has been averaging only 18.12 in T20Is this year and, that too, at a strike-rate of only 106.61. These numbers are nowhere near to an acceptable range for an opener.

The global mean average and strike-rate for openers in T20Is in 2019 reads 21.92 and 121.43 respectively. Dhawan’s numbers are even lower than that. Hence, that sums up how poor he has been. However, if you look at KL Rahul’s numbers this year, 117 runs in three innings at an average of 39.00 and a strike-rate of 146.25 read much better than that of Dhawan’s.

One might argue that Dhawan has played all of his matches as an opener while both of Rahul’s T20I hundreds came while batting at No. 3 and 4. However, when we look at his statistics as an opener, 535 runs at an average of 41.15 and a strike-rate of 142.66, which include five scores of fifty-plus as well, read as good as his overall T20I career statistics.

In fact, Rahul has the second best average among openers with 500 or more runs in T20I history. His strike-rate is also one of the best in the format and to have it with a 40-plus average sums up his quality as a T20 opener.

So, all these facts and figures sum up who the more deserving batsman is to partner Rohit at the top. Dhawan might have picked up his T20I game since last year but Rahul’s consistency and explosiveness should see him starting ahead of the southpaw. (more on KL Rahul news updates)