WI-W vs IND-W, 1st ODI: Key Indian players to watch out for 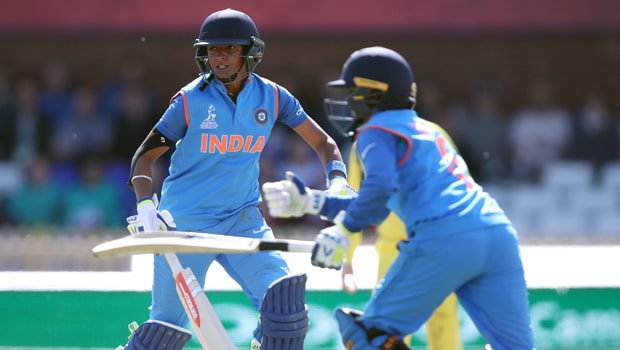 India Women would be eager to set their record in the Caribbean conditions straight when they lock horns with West Indies Women in the first of the three-match ODI series at Sir Vivian Richards Stadium in Antigua on Saturday. And India’s chances in this series will heavily depend on the performances of some key players. So, who are those players? Let’s have a quick glance at them.

Harmanpreet Kaur: The ace Indian batter couldn’t score any fifty during the recently concluded series against South Africa Women but she made some vital contributions averaging a fabulous 77.00 during the series. She picked up a wicket also and that justifies her all-round value. Moreover, Kaur has proved her mettle as a batter previously as she already has three centuries and 11 fifties in 96 ODIs. Nobody can forget her match-winning knock of 171* in the semi-final of the Women’s World Cup against Australia, and that sums up the reputation she carries with herself.

Mithali Raj: The ODI skipper of the Indian eves already freed herself from T20I duties to concentrate fully on the upcoming Women’s ODI World Cup. She has vast experience of playing against West Indies. Raj has over 600 runs in just 18 matches against West Indies Women at a superb average of 51.33. These runs include a century and three fifties as well. So her contributions with the bat will be vital during the series considering the amount of experience she carries.

Ekta Bisht: The experienced spinner was the highest wicket-taker for the Indian eves during the ODI series against South Africa Women. She picked up seven wickets at an excellent average and strike-rate of 15.00 and 24 respectively. In fact, Bisht has always been known for her wicket-taking abilities. She holds a superb bowling record against West Indies too. Her 13 wickets against the Caribbean team has come in just seven ODIs, at an outstanding average and strike-rate of 14.84 and 30.9 respectively.