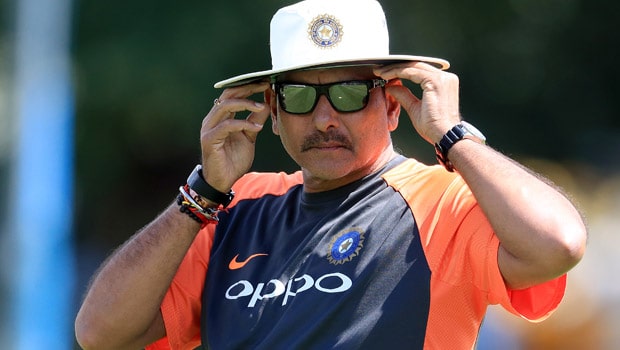 India’s head coach Ravi Shastri has heaped praise on former Indian captain MS Dhoni, who decided to call it a day on his International career on Saturday. Shastri stated that Dhoni’s wicket-keeping skills stood out for him. Dhoni had his own technique behind the stumps and had really quick hands when he was standing up to the spinners.

The wicket-keeper affected some mind blowing stumpings in his career and took amazing catches. Dhoni took a total of 829 dismissals in his illustrious career. The wicket-keeper was known for his lightning quick work behind the stumps and he was known to get rid of the bails in a flash.

Dhoni hardly gave a chance to the batsman to get back into the crease if he dared to prance down the wicket. Furthermore, Dhoni used to give his inputs to the spinners on how they can bowl to a particular batsman at different situations of the match.

Dhoni had an unconventional way of catching the ball and he was brilliant behind the stumps. The wicket-keeper had his own technique and methods and savoured great success at the top level. There is no doubt that he would go down as one of the best wicket-keepers to have ever played the game.

“This man is second to none. And coming from where he did, he changed cricket for all times to come. And his beauty is he did it in all formats,” Shastri told India Today.

“For me what stood out was his stumpings and his run outs. He had such fast hands that he was at times faster than any pickpocket,” he said.

Shastri added that Dhoni ticked all the right boxes in his career as a captain. Dhoni took India to 2007 T20 World Cup glory and also led the team to triumph in the 2011 World Cup. The former Indian captain also took Indian team to number one Test rankings in 2010.

There is no doubt that MS Dhoni will go down as one of the best players produced by India. Dhoni will be seen in action in the upcoming IPL, where he will lead Chennai Super Kings. The tournament will be played in the UAE from September 19.