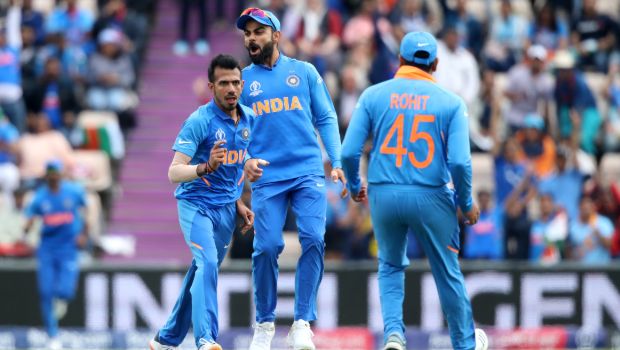 India’s leg-spinner Yuzvendra Chahal admits that he would be very happy even if he gets to play one Test match for the national team.

The Test fold is the ultimate dream for the Haryana leg-spinner who has represented India only in limited overs format. In fact, Chahal added that he would be happy if he is picked in the Test squad.

Meanwhile, it is well known that Chahal needs to work a lot on his red-ball game and perform up to the mark in the domestic circuit to knock on the door of the national selection.

The leg-spinner first-class record is mundane and thus he needs to get his numbers right to be in contention.

Chahal has scalped 84 wickets in 31 first-class matches at a paltry average 33.21. However, Chahal has done a fine job for the Indian team in the white-ball formats of the game.

“If I get a chance to play even one Test for India, or even if I am picked in the Test squad, I will be very happy,” he told ESPNcricinfo. “That is a very different feeling.”

The leg-spinner has scalped 91 wickets in 52 ODI matches at an average of 25.83. On the other hand, Chahal has snared 55 wickets in 42 T20I matches for the national team.

The 29-year old spinner has shown a big heart while bowling in the limited-overs format as he always looks to hunt for the wickets and he is not afraid to go for runs, which is key to success in the modern era.

Chahal will like to come up with solid performances in the domestic circuit to make a case for himself in the Test team. The leg-spinner has shown the right promise in the white ball formats and he can definitely do well in the pristine form of the game.

“When you use a natural element like saliva, it helps pacers with swings and spinners with the drift. If as a spinner I cannot get drift in the middle overs, the batsmen will have it easy. This is something that will affect every bowler in the world. I will have to figure out a solution once I start bowling in the nets.”